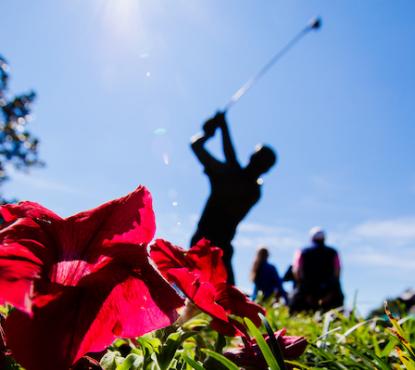 World No. 1 Justin Rose, Orange County Mayor Jerry  Demings and TV personality Kelly Tilghman will serve as the ambassadors for the Arnold Palmer Invitational presented by Mastercard March 4-10 at Bay Hill Club & Lodge in Orlando, Fla.  Since Mr. Palmer’s passing, ambassadors have stepped in and served in traditional hosting roles at the tournament.  All of this year’s ambassadors personify the legacy of Arnold Palmer, earning the highest achievements in their industry while sharing his commitment to giving back to others.

Rose, a former resident of Orlando, Fla. and a Mastercard ambassador, has been a loyal participant in the Arnold Palmer Invitational, playing 13 times since 2003. Over the years, he has also supported several charity events in the Orlando through his foundation, the Kate and Justin Rose Foundation, which primarily supports programs that help needy children.  The Englishman recently won the Farmers Insurance Open at Torrey Pines Golf Course in La Jolla, Calif., his 10th win on the PGA TOUR to go along with 12 international titles. His resume includes the 2013 U.S. Open championship, the 2016 Olympic gold medal, and last year he won the PGA TOUR’s season-long FedExCup competition.

“Mr. Palmer certainly led the way for players like myself to see the importance of using our platform to give back,” said Rose. “I am honored to help continue Mr. Palmer’s legacy of giving back to the community.”

“Anyone in Orange County knows the lasting impact Arnold Palmer has had on the community,” said Mayor Demings. “I am privileged to be a part of this very special event.”

Tilghman, a close family friend of Mr. Palmer and the Palmer family, started her career at Golf Channel more than 22 years ago. The first female broadcaster to anchor PGA TOUR coverage, Tilghman stepped away from broadcasting at the 2018 edition of the Arnold Palmer Invitational.  Seeking to spend more time with family and give back to the game that brought her so much success, Tilghman co-founded Gene’s Dream Foundation in honor of one of her mentors, the late Gene Weldon. She also co-founded two tournaments to support the cause, the Mentor Cup and The Dream Challenge which create bonding atmospheres for adults and juniors alike.

“Mr. Palmer was many things but he was especially warm and giving,” said Tilghman.  “He inspired me in countless ways. It is truly an honor to serve in this role in a week that means so much to us all.”

This year marks the 40th anniversary of the tournament that bears the name of golf legend, Arnold Palmer, whose name is associated with greatness. Mr. Palmer brought the former Florida Citrus Open to his Bay Hill Club in 1979 and turned it into one of the most elite events in golf. It offers a purse of $9.1 million, one of the richest on the PGA TOUR, and the winner will receive a three-year TOUR exemption instead of two years.  New in 2019, the tournament will be the first event in The Open Qualifying Series USA, meaning three spots for The 148th Open are up for grabs to the leading players (not otherwise exempt) who finish in the top 10 and ties. 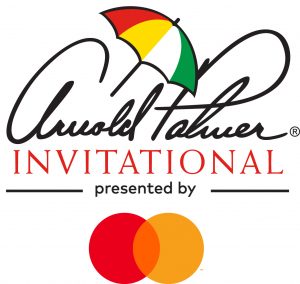 About the Arnold Palmer Invitational presented by Mastercard

The Arnold Palmer Invitational presented by Mastercard is Central Florida’s signature sporting event and a highlight of the PGA TOUR, attracting the greatest names in golf. All proceeds from the tournament benefit the Arnold & Winnie Palmer Foundation, whose mission is to create a brighter future for our youth – through children’s health, character development and nature-focused wellness – and locally supports Arnold Palmer Hospital for Children and Winnie Palmer Hospital for Women & Babies.