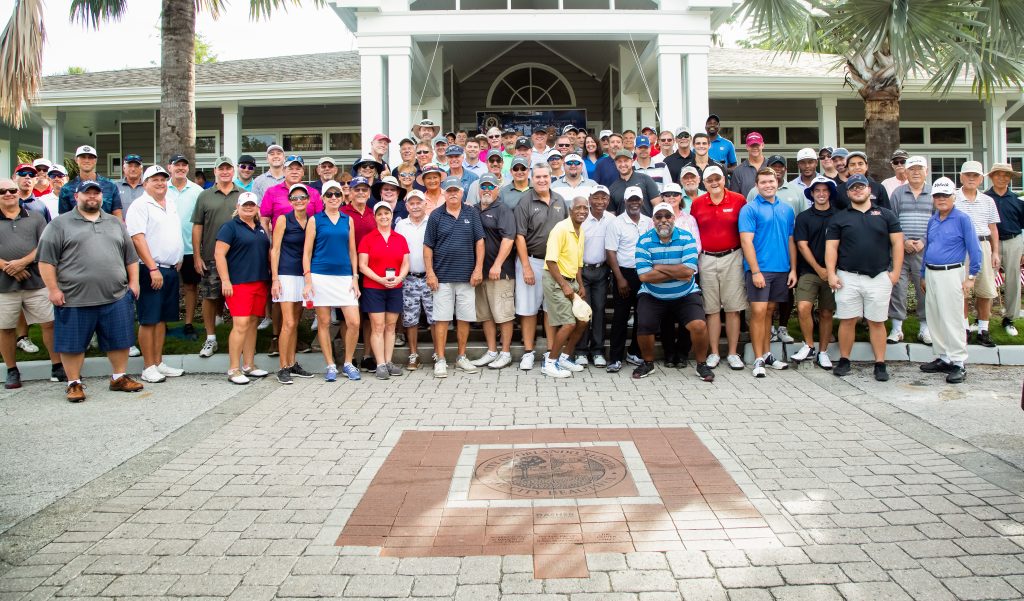 The World’s Largest Golf Outing (WLGO) – a national fundraising event held in August benefiting the Fisher House Foundation – announces it has raised over $400,000 for military families.

Team Power Plus from Compass Pointe Golf Courses in Pasadena, Maryland led the way raising a record-setting $31,485. Team Birddog from Jack Frost National Golf Club in Blaskeslee, Pennsylvania, placed in second raising an impressive $25,190 to eclipse their winning mark of $18,400 in 2018.

“Good things happen to good people and good organizations,” says Founder of WLGO and Chairman and CEO of Billy Casper Golf (BCG), Peter Hill. “Fisher House embodies both qualities. It was a fine day for Fisher House, the golfers, the courses and BCG.”

WLGO provides the perfect opportunity to play golf while giving back to those who have bravely served our country. The event values philanthropic skills just as much as golfing ability, providing rewards for the highest fundraisers and tournament winners at each course involved. Players compete in a four-person team scramble format throughout the day, including long drive and hole-in-one competitions on all par-3 holes.

“There’s never a bad day on a golf course, but some are better than others, and this year’s World’s Largest Golf Outing was one of the best,” says David Coker, President of Fisher House Foundation. “We are humbled each year by the support we gain for our courageous veterans. We thank you all for your efforts resulting in yet another amazing event.”

As a reward for their year-round fundraising efforts, Team Power Plus won a three-day trip to Golf Channel studios, lodging and golf at Arnold Palmer’s Bay Hill Club. Team Birddog won a tour of the Titleist facilities for being picked among the teams raising at least $500. Don Lucas, from The Club at Eaglebrooke in Lakeland, Florida won the Volvik Tour Kit for the longest recorded drive during WLGO. More information about this year’s prizes can be found here.

Throughout the past eight years, over 17,500 teams have taken part in WLGO, which has raised over $4.5 million for those who deserve it most, military members and their families. Several national celebrities, including PGA Tour Legend Chi Chi Rodriguez and 42nd President Bill Clinton, have previously donated to the cause.

This year, 93 courses from Massachusetts to Hawaii hosted the highly emotional and entertaining WLGO.

Since 1990, Fisher House Foundation has provided a “home away from home” for families of patients receiving treatment at major military and VA medical centers.  Its network of 84 comfort homes has provided more than 335,000 families with no-cost lodging, allowing them to be close to loved ones undergoing treatment and recovery. One $10 donation covers costs to house a family in a Fisher House for one night.