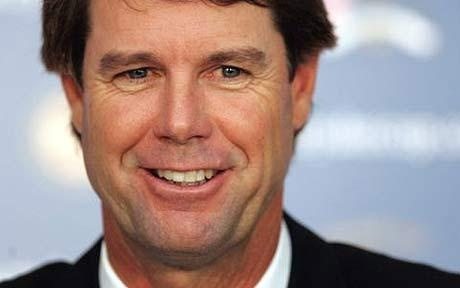 On a day when Rickie Fowler rose, stumbled and recovered to finally win the Phoenix Open, Bradenton’s Paul Azinger made his debut Sunday on NBC replacing the legendary Johnny Miller.

Azinger’s only words of wisdom during the telecast:

“Rickie’s gotta want to win this more than he’s afraid to lose it.”

It was a great tournament for Zinger to debut because there was a lot action on his first day.

Like Fowler, Azinger didn’t lose his cool demeanor that had been a big part of his successful playing career.