Annika to Play in the PNC Father/Son Challenge 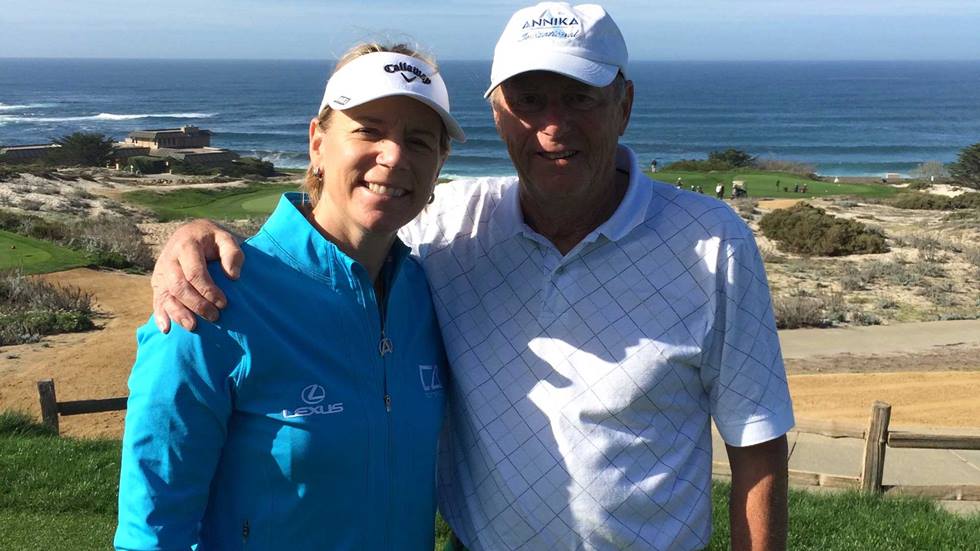 One of the greatest golfers ever, Annika Sorenstam has chosen to play in this year’s 22nd edition of the PNC Father Son Challenge at the Ritz Carlton Grande Lakes Golf Club in Orlando December 5-8. Annika and her father Tom will join the ranks of PGA Professionals who have won major championships during their career, the requirement to be able to play in the Challenge. Jack Nicklaus, Gary Player and Tom Watson are all scheduled to play this year. Davis Love III and his son Dru will be defending their title from last year’s event.

Annika, who is widely regarded as one of the best female golfers in history, is a ten-time major champion, with 90 total wins worldwide and eight-time Solheim Cup player as well as a Captain of Team Europe in the biennial contest.

This is not the first time that Annika has broken new ground. In 2001, the Hall of Famer made history by becoming the first female to shoot 59 in competition, a feat that has not since been matched. In 2003, she became the first woman since 1945 to tee it up alongside her male counterparts on the PGA TOUR and more recently, she announced she would co-host a mixed strokeplay tournament with Henrik Stenson.

“I can’t wait to play the PNC Father Son Challenge with my dad,” said Annika. “He introduced my sister and me to the game and has been there providing support to us ever since. To tee it up with him in such a special televised event with so many of golf’s global icons really means a lot. We will have fun.”

Annika is the latest star name to confirm a place in the tournament, which as seen as many as 25 World Golf Hall of Fame Members participate over the 21-year history for this year’s total purse of $1,085,000. The winning team of the two-day, 36-hole scramble will also receive the Willie Park Trophy, in memory of the father and son British Open champions Willie Park Sr. and Willis Park Jr.

Commenting on the Annika announcement, Alastair Johnston, Executive Chairman, PNC Father/Son Challenge, added, “Annika is a real trailblazer of the game of golf and we are excited to welcome her to make history at this year’s event. The tournament regularly hosts some of the most iconic male champions and it is fitting that we add perhaps the most successful female golfer of all time to our field. We look forward to welcoming her and Tom in December.”

Jon Miller, President of Programming, NBC Sports Group said, “Annika is one of the greatest golfers of all-time and a true ambassador to the sport. Our viewers will cherish watching her revive her competitive juices inside the ropes alongside her father against many of the game’s legendary players and their children.”

To qualify for the PNC Father Son Challenge, players must have won a major championship or The Players. Their playing partner must not hold a PGA TOUR card. The PNC Financial Services Group has been the title sponsor of the Challenge since 2012.

Share this unique experience and love of the game, as Golf’s Major Champions and their families compete in the PNC Father/Son.

The Korn Ferry Tour will visit Lakewood National Golf Club February 13-16 for four full days of professional golf competition at the LECOM Suncoast Classic. The public is welcome and