BUNKER PREVAILS AT SR. AM IN NAPLES 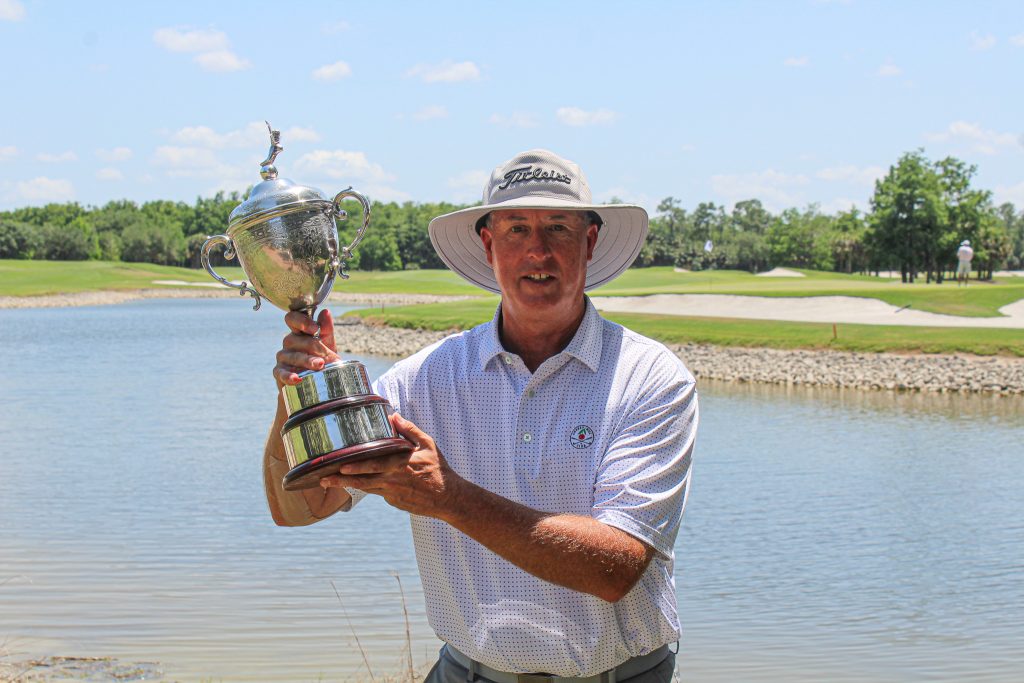 NAPLES. — Dave Bunker came out on top at the 60th Senior Amateur Championship on Thursday at Bonita Bay Club. He fired three under-par rounds to capture the three-shot victory in wire-to-wire fashion at 6-under 210.

This is the first FSGA championship victory for Bunker.

“This is our first winter down in Florida,” Bunker said. “I know there are a lot of great names on this trophy and a lot of really great players in Florida, so it’s very nice to be able to come out on top today.”

Bunker began the championship with a 1-under 71 on Tuesday to take a share of the first-round lead with Paul Royak. The Fort Myers resident followed that up with a bogey-free 69 in the second round, carding three birdies on the day, to take the solo lead.

Beginning the final round with a two-shot lead, Bunker got off to a solid start with a birdie on the third. His lone hiccup of the day came on the fourth with a bogey, but he made the turn at even par with a three-shot lead over Royak in second.

Bunker continued his strong play on the back side, playing the first three holes at even par and adding a birdie on the 13th to extend his lead to five shots. Royak didn’t go down without a fight though, he eagled the par-5 15th hole and followed it up with a birdie on the 16th to cut Bunker’s lead to two shots.

Heading to the final hole with a two-shot lead, Bunker rolled in a 10-foot putt for birdie to secure the victory with a final-round 70.

“Very straightforward, didn’t get into too much trouble out there today,” Bunker said. “I had a bad second shot on 15, but got away with a par there. The rest of the day was just trying to hit fairways and greens. And to not do anything really bad, which thankfully happened.”

Bob Mathers finished fourth at 1-over 217, while Brian Keenan rounded out the top five with a 2-over 218 for the championship.