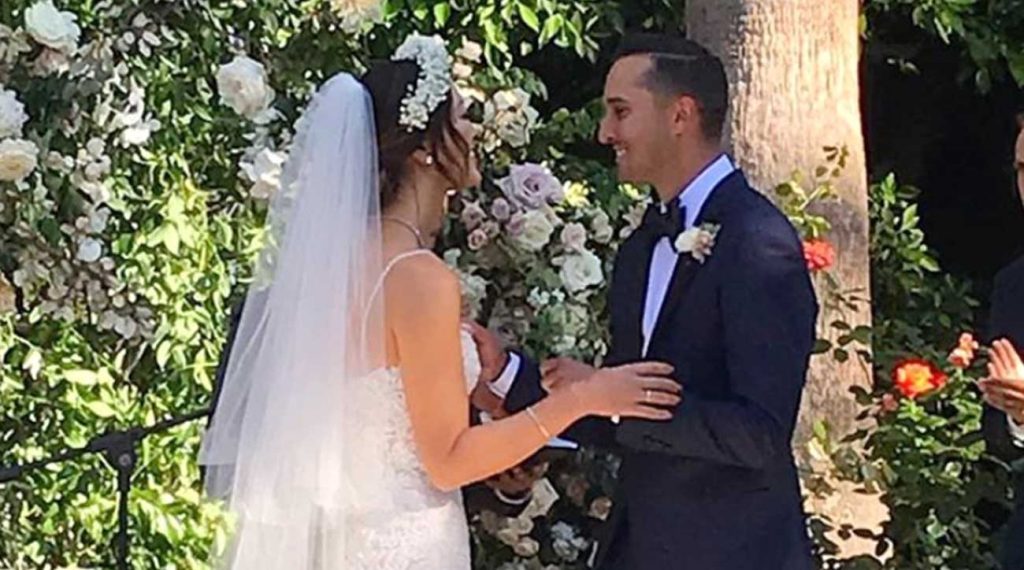 It doesn’t seem that long ago when I witnessed Michele Wie, a young promising teenager, stick a six iron within 6 feet on the first playoff hole at Lake Nona in Orlando to punch her ticket to the U.S. Open. The year was 2003, and Wie was just 13 and a student at IMG Academy. Gary Gilchrist was her coach.
Her dad was her caddie and lined up e very putt for her that hot and humid summer day. Wie eventually became the youngest player to make the cut in the Open.
Now, the 29-year-old LPGA star just recently got married to Jonnie West, the son of NBA legend Jerry West. Jonnie is an NBA executive.
Wonder if their children will play golf or basketball or both. After all, Michele is 6-foot-1.

Slow play has become the latest controversy of the PGA Tour. It has tour officials somewhat stumped on how to fix it.
Hit it, find and hit it again doesn’t seem to be the motto of the tour. One has to wonder why the slow players don’t follow the footsteps of Bruce Koepka, who doesn’t waste any time in finding it and hitting it again.
After all, he’s the No. 1 player in the world. Enough said.
Some of the blame for slow play has to be directed at golf course architects. Many of the new courses are just too long between greens and tees.
Locally, Sara Bay Country Club urges players to play a round in 4 hours or less. It can be done as it is a Donald Ross course where the greens and tees are a short walk. Bradenton CC and Bobby Jones also are original Ross designs.
Several years ago, my partner and I played the American Course at Bobby Jones in less than three hours. We didn’t hit long. But we hit it straight, found it and hit again. It is that simple.