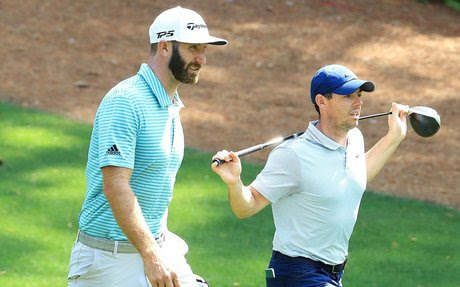 Most experts have made Dustin Johnson the odds-on favorite to win this week’s U.S. Open at Winged Foot, and why not?    For the past month, the No. 1 player in the world has dominated the PGA Tour, winning the FedEx Cup and a $15 million check.

The U. S has more players in this international field (67) than any other country. England is next with 14, followed by Australia with 9.

Even countries such as Norway and Denmark, not exactly hotbeds for golf, have players in the field, and they have impressive resumes.

Rasmus Hojgaard of Denmark: This kid is only 19 and will make his first U.S. Open start, and first-ever appearance in a major championship, after finishing fourth on the points list in the European Tour’s five-event UK Swing.

Hojgaard turned professional in 2019 after a decorated amateur career that included leading Denmark to its first World Amateur Team Championship in 2018 in the Republic of Ireland.

Hojgaard’s twin brother, Nicolai, also a professional golfer, was a member of that three-man team that edged the USA. He also has enjoyed quite a rookie season, posting his maiden victory In December 2019 in the AfrAsia Bank Mauritius Open, an event co-sanctioned by the European Tour, Asian Tour and the Sunshine Tour, and then backing it up with a playoff victory over Justin Walters on Aug. 30 in the ISPS Handa UK Championship at The Belfry.

Rasmus also was a member of the European Team in the 2018 Junior Ryder Cup, and helped his country win the European Boys’ Team Championship in 2017.

Two months earlier, he helped Oklahoma State win the NCAA title on its home course, Karsten Creek, in Stillwater.   Since turning pro, Hovland became the first Norwegian to win a PGA Tour title when he claimed the 2020 Puerto Rico Open. He earned his way into the 2020 U.S. Open field by being inside the top 70 of the Official World Golf Ranking as of March 15.

As a sophomore at Oklahoma State, he earned first-team All-America honors from both the Golf Coaches Association of America and Golfweek magazine. Member of the International team for the 2018 Palmer Cup. Runner-up in 2016 European Amateur, losing on the seventh hole of a playoff. Helped Norway to a share of fifth place in the 2018 World Amateur Team Championship in the Republic of Ireland.

GOLF NEWS
TENNIS ANYONE? MISSION VALLEY HAS A SPECIAL DEAL

Dear Tennis Players, We are excited to announce that Tennis Hall of Famer and 17-Time Grand Slam Champion Gigi Fernandez will be at Mission Valley Golf & Country Club in

While driving past golf coures in the Sarasota-Bradenton I see more people playing golf. According to the National Golf Foundation, my eyes are not deceiving me. Its August rounds played