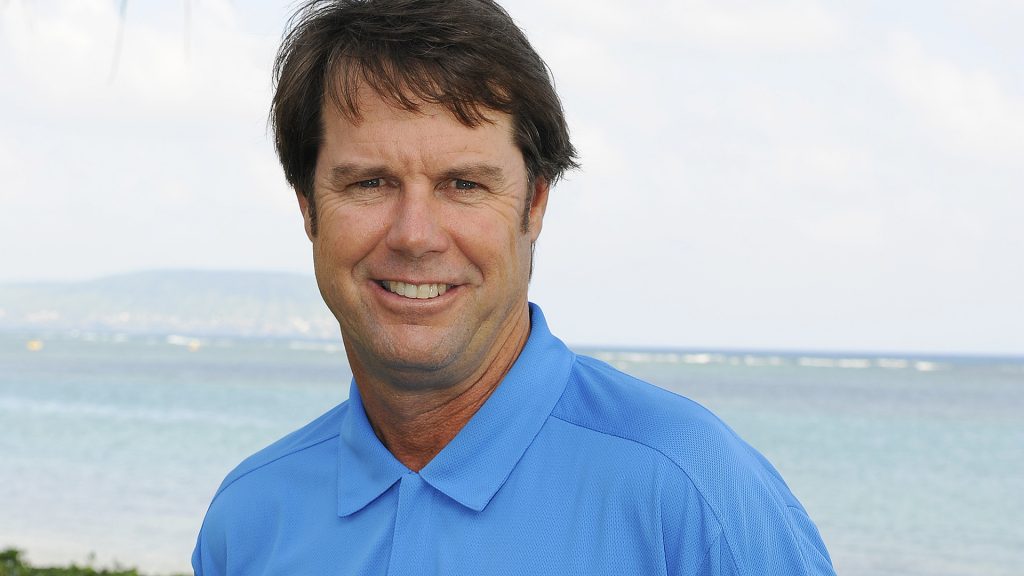 This week’s Sony Open in Hawaii possibly will provide pleasant memories for West Bradenton resident Paul Azinger.
Now a broadcaster and author, Azinger won 12 times on the PGA Tour and over $14 million in prize money. His lopsided victory in the 2000 Sony Open was his last PGA Tour victory.
Since then, Azinger has been very successful off the course. The graduate of Sarasota High School and Florida State more than likely will best be remembered for beating cancer, delivering a moving eulogy of good friend Payne Stewart and captaining the 2008 U.S. Ryder Cup team to victory.
Currently, Zinger , who turned 61 last week, can be seen and heard doing network television broadcasts of the PGA Tour.