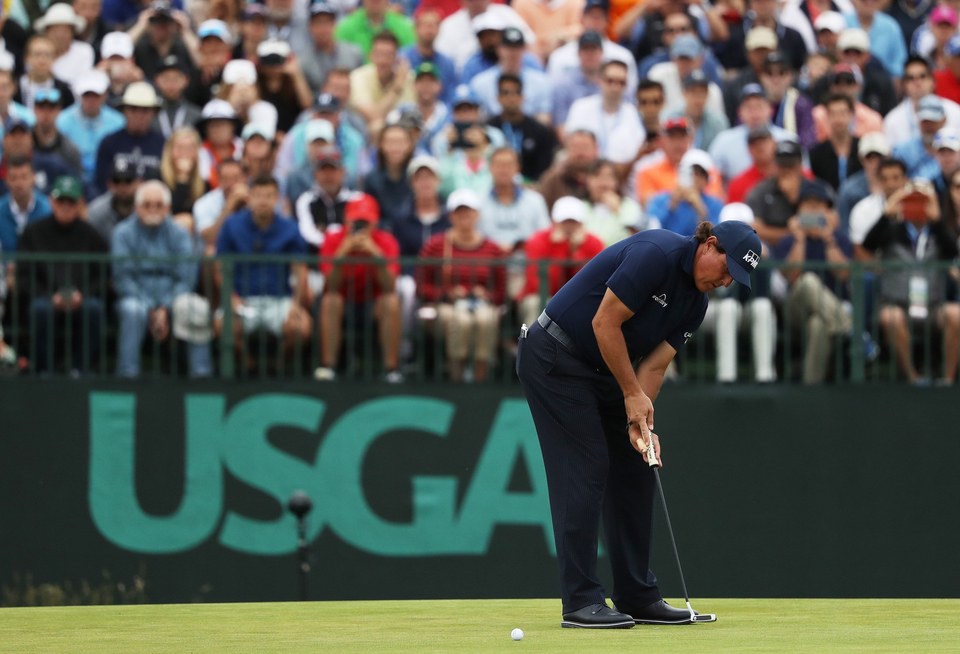 Phil Mickelson always has been one of my favorite players on the PGA Tour , but he needs to get his priorities in order.
Just this week, he said that he would not accept an invitation to this year’s U.S. Open at Winged Foot Golf Club, site of one of his record six second-place finishes in the championship.
Currently ranked No. 72 in the World Rankings, he doesn’t qualify to play. If that were the case heading into the Championship in June, the USGA could offer him a special exemption.

Mickelson says he won’t accept one.
This is where I have a problem with Phil. He needs to put his pride in his hip pocket.
Lefty is robbing golf fans around the world a chance to see him compete with the younger guys.
For me, I would rather watch Phil than a seemingly endless number of players we never heard of.
Of course, he would first have to request an exemption, and it doesn’t sound like he is inclined to do so.

“I am either going to get in the field on my own or I’ll have to try to qualify. I’m not going to take a special exemption,” Mickelson said Wednesday at Pebble Beach Golf Links, where he is defending his title in the AT&T Pebble Beach Pro-Am.

Pressed on why he wouldn’t accept the exemption, which the USGA has granted throughout the years to the likes of Ben Hogan, Sam Snead, Arnold Palmer, Jack Nicklaus and Tom Watson, “I just won’t,” Mickelson responded.

The USGA has granted 55 special exemptions starting with Hogan, a four-time winner, in 1966. Nicklaus, also a winner of four U.S. Open titles, received a record eight exemptions in his career as he played in 45 straight U.S. Opens. Two-time U.S. Open winner Ernie Els is the last player to receive a special exemption, at last year’s championship at Pebble Beach.

Hopefully, Mickelson won’t need one.
All he has to do is play well enough between now and June to qualify on his own merits.

Volvik, known the world over for the outstanding performance characteristics and vibrant color options of its golf balls, has introduced a Marvel Avenger Assorted Character 5-Ball Pack, part of its