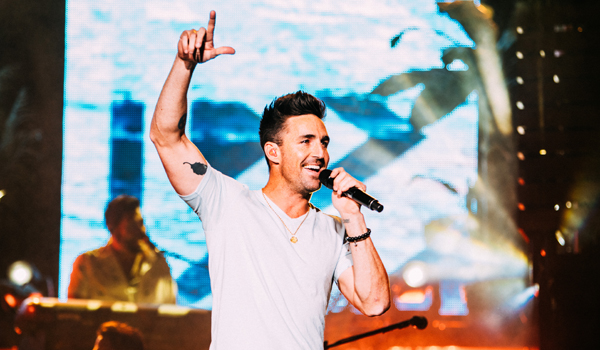 Jake Owen may be new to the Diamond Resorts Tournament of Champions, but he’s no stranger to the course. With more than seven No. 1 country singles like “Down To The Honkytonk” and “I Was Jack (You Were Diane),” this singer/songwriter almost had a career in pro golf before his music career took off.

Owen is just one of several new celebrities set to tee it up in the LPGA’s unique season-opening tournament, held January 16-19, 2020 at Four Seasons Golf and Sports Club Orlando.

Of course, fan favorites will be back as well. Grammy nominated comedian Larry the Cable Guy has also been practicing his golf swing to prepare for the tournament.

Larry brings his humor to the course, chatting with fans and followed by a chorus of well-earned laughter as he jokes his way around the course.

His famous persona has earned Larry numerous acting roles, Billboard awards, Grammy nominations and countless sold-out comedy shows across the U.S. Larry brings his silly and fun personality everywhere he goes, and he’s certain to be the center of attention at every hole this year.

New for 2020, fans purchasing a single day or 4-day grounds pass, will be able to add a Taste & Travel Pass to their ticket. The pass is available in five or 10-tab options, priced $40 and $80 respectively. Fans can exchange the tabs for specialty food and drink items at destination-themed stations located around the golf course.

Find out more and get your tickets today at DiamondLPGA.com.