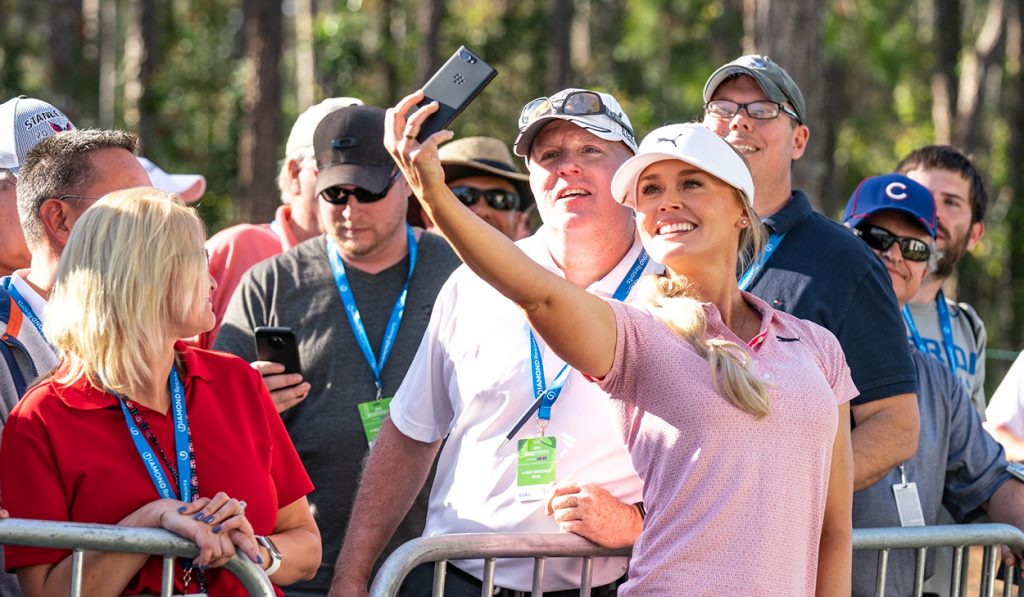 Since starring in season 20 of ABC’s The Bachelor, Ben Higgins has remained active in the “Bachelor Nation” community – and on the golf course.

Higgins hosts the Almost Famous podcast with fellow Bachelor star Ashley Iaconetti and recently announced he will be hosting the new “Bachelor Live On Stage,” events where he will travel to select cities and bring The Bachelor to fans nationwide.

He has also been practicing his golf game. Higgins has competed in other celebrity golf tournaments, but 2020 will be his first time playing alongside the LPGA Tour winners at the Diamond Resorts Tournament of Champions.

He’ll have some fierce competition, too, facing sports and entertainment legends like O’Neal.

The Golf Channel personality and professional model, has played in the Diamond Resorts tournament every year and always keeps the other celebrities on their toes.

O’Neal’s golf career began at a young age, eventually earning her a full ride scholarship to Arizona State University, where she competed all four years without missing a single tournament. She spent time post-college playing in Asia with the LPGA Symetra Tour, before pausing to pursue modeling full-time.

She got back into the game professionally when she was offered a spot on Golf Channel’s Big Break television competition show.

She now hosts School of Golf, on Golf Channel, and regularly appears on some of the TV network’s other major programs. O’Neal competed in the inaugural Tournament of Champions in 2019, and she’s back this year to play with the best of the best in the celebrity pool.

New for 2020, fans purchasing a single day or four-day grounds pass, will be able to add a Taste & Travel Pass to their ticket. The pass is available in five or 10-tab options, priced $40 and $80 respectively. Fans can exchange the tabs for specialty culinary items at destination-themed stations located around the golf course.

Find out more and get your tickets today at DiamondLPGA.com.