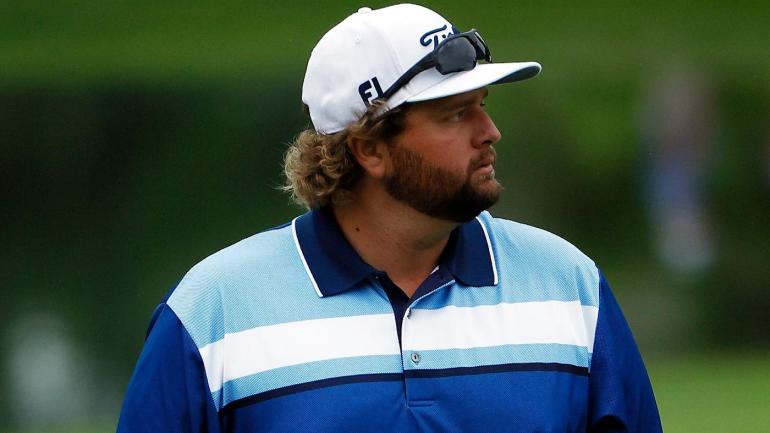 Michael Visacki (in above photo), Eric Souchak, Kyle Rodes and Nathan Bertsch advanced to the sectional qualifying via recent local qualifying at Sara Bay Country Club in Sarasota and the Ritz Carlton Members Club in Bradenton.

Sean Jacklin, the son of Tony Jacklin of Manatee County, just missed in a playoff and is an alternate.

Rodes, who plays the West Coast Florida Tour out of Sarasota, tied for medalist honors at Sara Bay by posting a 67.

Bertsch, an amateur from Bradenton, and Souchak, an amateur from Sarasota shot 70 at the Ritz Carlton as did Visacki, who was forced to make a birdie on the first playoff hole to qualify. Visacki of Sarasota has played PGA Tour events but has never made a cut.

All four face a grueling 36-hole sectional of their choice in the final qualifying for the Open.

The road to the 2022 U.S. Open has begun as the USGA rolls out more than 100 qualifying tournaments for the right to compete for this year’s national championship. The 122nd U.S. Open will be held at The Country Club in Brookline, Mass., June 16-19. This is the fourth time the major will be played at the historic club, the first famously coming in 1913 when amateur Francis Ouimet stunned the golf world with his playoff victory over Harry Vardon and Ted Ray, setting off an American golf boom in the process. Subsequently, Julius Boros won the title there in 1963 and Curtis Strange most recently in 1988, also both in a playoff.For the 10th straight year, more than 9,000 golfers have entered the championship. To be eligible, a player must have a Handicap Index of 1.4 or lower, or be a professional. Entries were received from all 50 states (including 232 from Massachusetts), the District of Columbia and 79 foreign countries.

Thus far only 48 golfers have earned exemptions all the way to Brookline, including defending champion Jon Rahm and 11 other past U.S. Open winners. The number of fully exempt players will increase with the inclusion of the top-60 point leaders and ties from the World Ranking, as of May 23 and June 6. The winner of the PGA Championship (May 19-22) and any multiple winners of PGA Tour events that award a full-point allocation for the season-ending Tour Championship also will earn exemptions. The 2020-21 top finisher on the Asian Tour Order of Merit, the 2021-22 top finisher on the ISPS Handa PGA Tour of Australasia Order of Merit and the 2021-22 top finisher on the Sunshine Tour Order of Merit, who are not otherwise exempt as of May 23, also will be exempt.

The remaining spots in the field will be filled by golfers who play their way into the championship via local and sectional qualifying.

There are 109 courses hosting 18-hole local qualifiers that will be contested in 44 states and Canada from April 25 to May 23. Those who advance then tee it up in one of 11 36-hole final qualifiers. Nine will be conducted at U.S. sites on Monday, June 6, with one additional American qualifier being played Monday, May 23. Japan also will host a sectional qualifier on May 23. England will not host a site again this year, but an exemption category has been added based on the four-event U.S. Open 2022 European Tour Qualifying Series. The top 10 aggregate point earners from the Betfred British Masters, Soudal Open, Dutch Open and the Porsche European Open on the DP World Tour, who are otherwise not exempt, will earn a place in the U.S. Open field.