Gary Koch “Better Than Most” at Innisbrook

Every year about a month before the Valspar Championship at the beautiful Innisbrook Resort in Palm Harbor, Florida, the owner, Sheila Johnson and Director of Golf Bobby Barnes invite media to check out the golf course, hear from the previous year’s winner (in 2018 Englishman Paul Casey) discuss his success and learn about all the activities during the week of the tournament, which begins Thursday. For as long as I can remember NBC golf analyst and long time Tampa resident, Gary Koch, has hosted the event, participated in the broadcast and been an active member of the Copperheads, a group of community leaders and business people that for over 40+ years have raised charitable funds through the tournaments held at Innisbrook. If you are not aware, Innisbrook has four championship golf courses and the Valspar is played on the famous Larry Packard designed Copperhead, one of the PGA TOUR players’ favorite layouts. 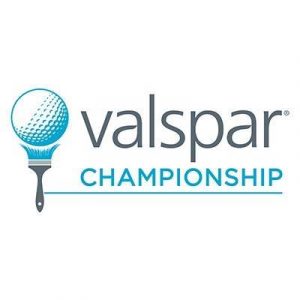 During our 2019 Media Day the Copperheads honored a surprised Koch with “Copperhead of the Year” award with his wife Donna in attendance. It was a fitting honor for someone who has been a Florida boy almost all his life. Gary was born in Baton Rouge, Louisiana, but his parents moved to Sarasota, Florida while he was young.

At age 16, he won the Florida Open of 1969 as an amateur. Gary attended C. Leon King High School in Tampa and he and his team mates won the Florida High School title with a record score that held for 30 years. While at the University of Florida in Gainesville, Gary was a four-time first-team All Southeast(SEC) Conference selection and a three-time All American. His Gator golf team won the 1973 and 1974 SEC Championships and the 1973 NCAA National Championship, where he was runner-up to a wirery Texan by the name of Ben Crenshaw. In 1978, Gary and fellow golf team mate Andy Bean were inducted into the University of Florida Athletic Hall of Fame.

In 1975 Gary joined the ranks of the PGA TOUR as a professional and won six times. Staying true to his Florida roots, he carded victories at the Tallahassee Open, The Florida Citrus Open at Rio Pinar Country Club, Doral Golf Resort in Miami and the Bay Hill Classic at Arnie’s place.

“Obviously winning Arnold’s event was special. I had an opportunity to play with him when I was 17 years old and there I was standing on the 18th with him as he’s presenting me with the trophy for winning his tournament…it was almost surreal,” Koch said. “And the way I won. Over the course of your career you’re probably going to have one day that is the best ever, and the final day at Bay Hill was the best of my career. I mean I shot 63, eight under par. I had eight birdies and no bogies and then played two playoff holes and made two more birdies, so I played 20 holes and made 10 birdies and 10 pars on a pretty tough course.”

Gary has been a sportscaster since 1990, first with ESPN, then joining NBC in 1996. In 2001, while covering the Players Championship at TPC Sawgrass, he was announcing the play on the infamous par 3, 17th island green. Tiger, who had just hit his tee shot 60 feet from the pin in the fringe on the edge of the island, decided to putt the ball through a double break going down hill. As the ball rolled and started tracking towards the pin Gary proclaimed “better than most, better than most, better than most,” as the ball found the bottom of the hole. Now eighteen years later Gary Koch has been chosen “Better than Most” by his Copperhead colleagues.

In 2012 Gary Koch was inducted into the Florida Sports Hall of Fame. Among his other accomplishments is his golf course design business. Again favoring Florida, Gary has designed The Groves Golf & Country Club in Land O’ Lakes which has been called “the Longest Short Course in Florida, the magnificent Las Colinas golf course at Mission Inn Resort & Club, reworked Bardmoor Golf & Tennis great layout in Largo, the ClubCorp managed Mystic Dunes Golf Club in Celebration, and Arlington Ridge golf club in Leesburg among others outside the state.

I have known Gary for all my years as a writer and have reviewed his golf courses, and in fact, played with him at Bardmoor at the reopening. He is first and foremost a true gentleman and “Better than Most.” You can listen to Gary announce the Valspar Championship on Golf Channel & NBC March 21-25, or better yet, go enjoy a great golf experience at Innisbrook, a Salamander Golf Resort. The field includes 2018 Masters winner Patrick Reed, Jason Day and World #1 Dustin Johnson.