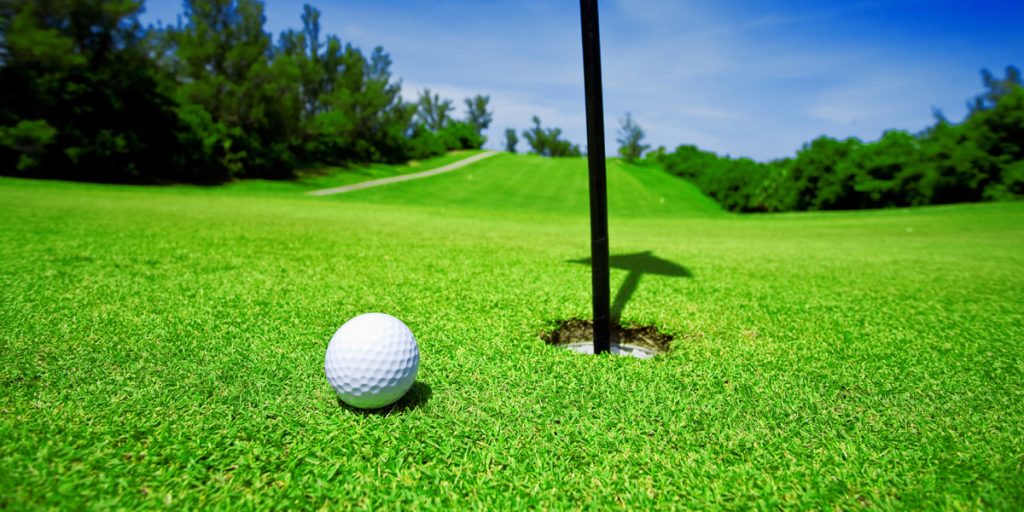 Poppy Hills Golf Course in Pebble Beach, like most California courses, announced March 19 that it was closing until at least April 8 after the state’s governor, Gavin Newsom, issued a stay-at-home order to slow the spread of COVID-19. Then, a day later, a new announcement came from Poppy Hills: “Open for play with limitations.”

In Michigan, Gov. Gretchen Whitmer issued an executive order that closed, among other business, all clubhouses and, it appeared, banned golf entirely. Then the Michigan Golf Alliance clarified that courses could stay open for play.

This whipsaw messaging at golf courses nationwide continues. Many Pennsylvania courses were open until Gov. Tom Wolf declared all “nonessential” businesses shut. When his “urging” turned into a mandate, Olde Homestead Golf Club in New Tripoli, which had remained open until then, said it was closing: “This pains us greatly. As many of you know, we are the facility that is ALWAYS open!”

In Missouri, courses in Columbia stayed open despite a COVID-19 death in the county. In Lafayette, La., courses were open and then some weren’t. In Des Moines, golf continued at Bright Grandview Golf Course, but not in the suburb of Ankeny at Otter Creek.

Of the dozens of courses we monitored nationwide, municipalities tended to be quicker to close. Six Salt Lake City courses issued a “walking only” order last weekend, then announced they were closing on Monday. Oak Hills Park in Norwalk, Conn., which had been doing a booming early-season business, suddenly closed when the county saw a spike in COVID-19 cases. Nearby Greenwich Country Club closed when a member tested positive for the virus. Meanwhile, private clubs and daily-fee courses, like Poppy Hills, tended to try to extend play with guidelines in place to protect golfers.

In short, although golf seemingly offered an opportunity for escape and exercise while practicing social distancing, courses struggled to keep fairways open against a COVID-19 infection curve that looked like a 1-iron, toe to handle.

Wherever golf was still being played, it had a new set of rules:

1.) Online booking (mostly). To the extent that they are able to, courses and clubs are limiting golf-shop traffic by booking tee times online. Club dues were to be paid that way or dropped off in an outside box. Banquet businesses, like the robust one at Great River Golf Club in Connecticut, have ended.

2.) Clubhouses closed. Gatherings of more than 10 in some states, even fewer in others, were banned. One club created a dropbox for payments. At facilities that remained open, management began distributing bottles of hand sanitizer. “Tables have been spaced six feet apart from each other to promote social distancing,” said a note at The Oaks in Covington, Ga. “Employees have been instructed to wipe down all equipment continuously throughout the day to keep customers—and themselves—out of harm’s way.”

3.) Golf-shop traffic restricted. Where digital arrangements were impossible, limits on the number of visitors to a golf shop were established. Poppy Hills originally limited this to four. Others have allowed only one at a time.

4.) Curtailed bag handling. At clubs such as Brooklawn Country Club in Fairfield, Conn., members were expected to handle their own sticks. Brooklawn also suspended its caddie program to limit exposure. At other clubs, outside staff wore protective gloves. At the Oasis Golf Club in Mesquite, Nev., “sanitizing stations” were set up to make sure golfers were clean before they entered the facility.

5.) Members only. Guest play has been suspended at most private clubs.

6.) No simulator play. One of the latest trends at golf courses and clubs is, for the time being, no more.

7.) Practice range restricted. One club allowed only four players at a time—spaced out. Others have simply closed their ranges.

8.) Food service suspended. At most facilities, it was takeout only. Rock Ridge Country Club in Connecticut added curbside pick-up.

1.) Walking encouraged (or required). Clubs have urged members to walk, and many are requiring it. “It’s a form of social distancing,” said a note to members at TPC River Highlands in Connecticut, home of the Travelers Championship.

2.) One to a cart. This was one of the limitations Poppy negotiated with Monterey County to re-open. Sierra Sage Golf Course in Reno, Nev., allows only family to share a cart.

3.) No seed bottles. Golfers were asked to replace divots instead.

4.) Two club-lengths. Although nearly every club advised social distancing, the Central Links Golf association in Kansas was very specific: “Stay at least six feet away from your playing partners.”

5.) Flagsticks in. Virtually every course that’s open urged players to leave the flagstick in and to avoid touching it when retrieving holed putts.

6.) Cups up. At Richter Park in Danbury, Conn., superintendent Robert Dorsch has raised cups two inches out of the hole so that balls bounce off rather than dropping. “Any ball that touches the cup is considered holed.” Some superintendents are cutting two-inch pieces of PVC pipe or “noodle” material and lowering them over the flagstick into the hole. Putts that are holed remain slightly above the rim of the cup, allowing for removal without touching stick or cup.

7.) No rakes. At one course, members are urged to “use a gloved or covered hand when using a rake.” Others ask players to ignore the rakes and smooth the sand with their feet, and even others, like MacGregor Downs Country Club in Cary, N.C., and Lake Forest in St. Louis removed all rakes.

9.) Cart clean-up. At some TPC courses, golfers were asked to remove their own trash from their carts. In addition, extra cleaning and sanitation practices were in place. “We’re cleaning things every 20 to 30 minutes, like keypads, touchpoint stuff, carts, seats and steering wheels,” announced one private course.

10.) No high-fives. Golfers at nearly every facility were asked to dispense with shaking hands, high-fives or hugging.

Despite the restrictions, golf appeared to be thriving in some areas. “It’s ridiculously busy,” said Jeff Swanson, the head professional at Cedar Knob Golf Course in Somers, Conn. “We had 200 players on Friday.” Chambers Bay in Tacoma, Wash., booked 590 rounds from March 11-17, according to the Tacoma News Tribune. “It’s a small world in the golf world,” said Mike Moore of The Classic Golf Club in Spanaway, Wash. “We know each other and talk. We’ve received calls from folks asking what we’re doing and offering what they’re doing.”

For golfers, any chance to play amid a new, self-quarantine reality, was a godsend. “The calm serenity of the golf course, where the only thing that’s on your mind is golf, takes you away from the negative of the world and the chaos of the pandemic,” Braeden Berry of Covington, Ga., told the local news.

Regardless, we all have to be prepared to adjust. Confirmed cases of COVID-19 in the United States approached 25,000 as of March 20, with nearly 300 deaths. These numbers are expected to continue to rise sharply. Bolder measures are likely needed to “flatten the curve.” “Things can change in an instant,” Howie Friday, president of the Connecticut Section PGA and a golf professional at Stanley Golf Course said in a message to players late last week. “We will keep you updated if the situation changes.”

It did. Connecticut Gov. Ned Lamont said all nonessential businesses would close as of Monday, March 23. Likewise, New Jersey Gov. Phil Murphy issued a similar order—and courses scrambled to learn if that really meant no golf.

Learn to pronounce his name; learn how to spell his name, and if you are not familiar with Collin Morikawa, you will have plenty of time to get to know