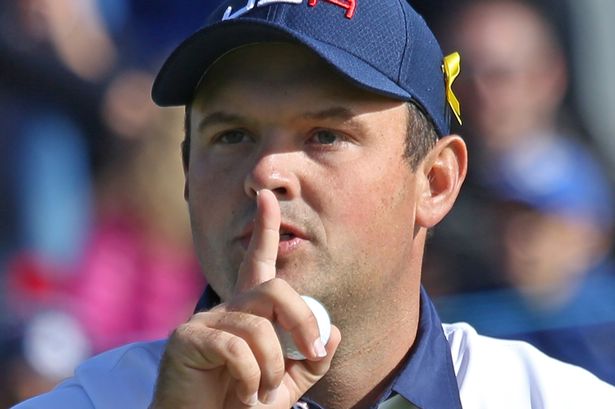 It’s going to be a long one.

The 2018 Masters champion’s week in paradise at the Sentry Tournament of Champions ended on a bitter note Sunday on the 75th and final hole he played in the winners-only event.

It wasn’t enough that Reed lost in a three-man playoff to Justin Thomas in Maui. He also was taunted just after he struck his 8-foot birdie attempt on the third playoff hole, with a spectator crashing the silence with a scream of “cheater”  as Reed’s attempt raced by the hole.

The label dates to last month’s Hero World Challenge, where Reed was assessed a two-stroke penalty after video footage emerged showing he improved his lie in the sandy waste area with two backswings.

While Reed reluctantly accepted the penalty, he put the blame on the camera angle instead of himself, saying he didn’t purposely improve his lie, thus did not cheat.

Well, not everyone was in a buying mood for his explanation.

Social media lit up and for the most part torched Reed. The following week in Australia at the Presidents Cup, he got an earful from the patrons throughout his four days at Royal Melbourne. At one point he mimicked scooping sand with his putter. At another point, the heckling got so bad that Kessler Karain, Reed’s brother-in-law and caddie, got into a physical altercation with a fan and was not allowed to caddie on the final day.

And now we have the Hawaii Howl on the soundtrack.

Get used to it, Mr. Patrick Reed. You, too, golf fans. And for that matter, all those who play golf for a living.

Commentary from the gallery isn’t new to golf. Just ask Reed, who took to shushing the crowds at the 2014 Ryder Cup. Just ask Sergio Garcia, who has heard verbal abuse from Bethpage Black to Chambers Bay to TPC Sawgrass. Just ask Thomas, who had a run-in with one fan at the Waste Management Phoenix Open a few years back and another fan at the Honda Classic in 2018. Just ask Kevin Na, who has endured his fair share of taunting concerning his pace of play.

And just ask Dottie Pepper, who was loudly called a “loser” by a fan just after missing a short putt on the 71st hole in the 1992 Dinah Shore. Her glare scared everyone in the gallery and fired her up as she went on to win in a playoff.

But heckling in golf is nowhere near being an epidemic. No player needs earplugs when he or she goes to the first tee.

It has been a part of the sport for some time and it won’t be silenced. Players just have to come to terms with it. Not with the racist or homophobic comments, mind you, for those demand immediate eviction for the offending party. But heckling will continue to echo in the quiet chamber of golf and players will have to deal with it just as they deal with difficult putts for par.

That’s especially going to be the case with golf’s enthusiastic move into legalized gambling here in the states. Expect a few fans, emboldened by social media, mouthing off at tournaments as they tear up losing tickets.

The vast majority of players have thick skin, where at times they laugh off some juvenile rants while, at most other times, ignore the ravings from the gallery.

It seemed Reed ignored the “cheater” shout, for he didn’t bring it up in post-round interviews. It’s unlikely he didn’t hear it. It is likely he will use it as fuel for his motivational tank. He’s channeled criticism before and will do so moving forward, especially with a huge target on his back.