Inside The PGA Tour Bubble 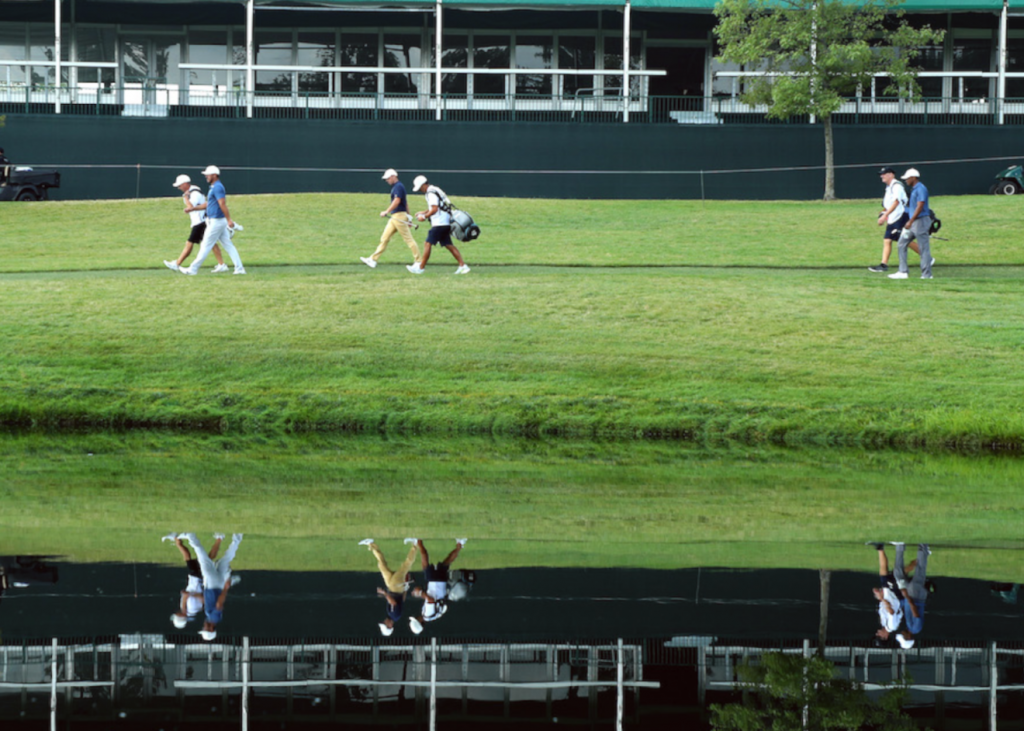 If you’ve wondered what it would be like to have your own private PGA Tour event, one in which you watch whom you want when you want without having to look through three rows of heads in front of you, let me tell you.

Don’t tell commissioner Jay Monahan that there’s something to spectator-free PGA Tour events but, having been inside the so-called bubble at both the RBC Heritage and the Memorial Tournament, it’s easy to get comfortable with essentially having the place – the course and the players – to yourself.

That’s not a suggestion that tournament golf is better without fans. It isn’t.

But it does keep “mashed potatoes” guy away.

What felt strange the first couple of days at Harbour Town last month didn’t feel quite as strange at Muirfield Village last week. Still, watching Tiger Woods, Rory McIlroy and Brooks Koepka play two rounds together while being followed only by a handful of camera-carrying golf carts and a dozen or so people who had passed the necessary measures to be allowed in was unusual.

As we all know being back to work doesn’t mean being back to normal and it came as no surprise when Monahan confirmed last week that there will be no fans on site at tour events until at least late September, maybe later.

In three weeks, the PGA Championship will be played with everyone (OK, almost everyone) watching on television. Fans at the U.S. Open at Winged Foot in September are still a possibility – but don’t count on it.

At least the concessions are cheaper at home.

There is, of course, a seriousness to playing tournament golf in the midst of a pandemic that is getting worse rather than better at the moment. What has been lost in structural buildouts and spectator traffic patterns has been replaced by virus testing, temperature checks and face masks.

For the players, old rhythms have been replaced by new routines. They still get in their practice time, but their entourages can’t be with them. Swing instructors are allowed nearby but managers, trainers and the like are watching from home or a hotel.

Wives, girlfriends, children, parents – they’re still special but they’re not allowed at tournaments. Each player can have one person from his “team” walking with him during the tournament.

Made-to-order breakfasts and lunch buffets have been replaced by boxed lunches. Midway through the Memorial last week, Tony Finau had a share of the lead and was walking around with a sandwich in a plastic box when he finished his socially distanced interviews.

The players and caddies (along with other essential personnel) are tested off-site before being given access to tournament sites. They are also quizzed daily with temperature checks. Hand-sanitizer dispensers are never far away. Neither are masks.

Having given more than 6,000 COVID-19 tests on the PGA and Korn Ferry tours through last week, there had been 23 positive tests, a minuscule percentage far below the national average. Still, protocols are scrutinized each week with necessary tweaks made.

Playing tournament golf within the pandemic can be done. Not easily, but carefully.

Media members covering the Memorial (and other events) had their temperatures checked and were asked questions about how they were feeling each day before being allowed into their parking area.

Interaction between players and the media is strictly managed. Pre-tournament interviews are done via video conference with media members asking questions to players who are in a different location.

With media credentials limited to approximately 15 each week (aside from broadcast personnel), the video interviews are available to media not on site.

Post-round interviews are slightly different. Requested players are brought to what is called a flash area where two designated writers and a representative from Golf Channel ask them questions. A PGA Tour media official is there also, passing along questions submitted from writers who aren’t in the flash area. The interview transcripts are shared with all reporters immediately thereafter.

Other than watching players on the course, it’s the only face-to-face access the media has to players. The scrum – where players will stand and talk with a small group of reporters away from a formal setting – is no longer allowed.

At the Memorial, even tournament host Jack Nicklaus joined the telecast from a remote location rather than a broadcast booth behind the 18th green. No different for him than for Nick Faldo, who sits in Orlando, Florida, to comment on the proceedings these days.

The longer it goes with no spectators, perhaps the more normal it will seem. Perhaps not.

“I felt the first three weeks my mind was wandering a little bit,” Rory McIlroy said of playing in an empty environment.

“Sort of easy to lose focus, easy to lose concentration. I think some of the mistakes I was making were because of that.”

Walking up the familiar 18th hole at Muirfield Village on more than one occasion last week, it wasn’t unusual to look toward the green and see no one there except for a yellow-shirted volunteer.

In other spots, residents stood on their decks and leaned against their fences to get a glimpse of the players going past. When a group of youngsters cheered Justin Rose and Phil Mickelson as they walked past, both players tossed golf balls their way.

This week, the PGA Tour has moved to the 3M Open at TPC Twin Cities in Minneapolis. Nothing changes but the location and the leaderboard.