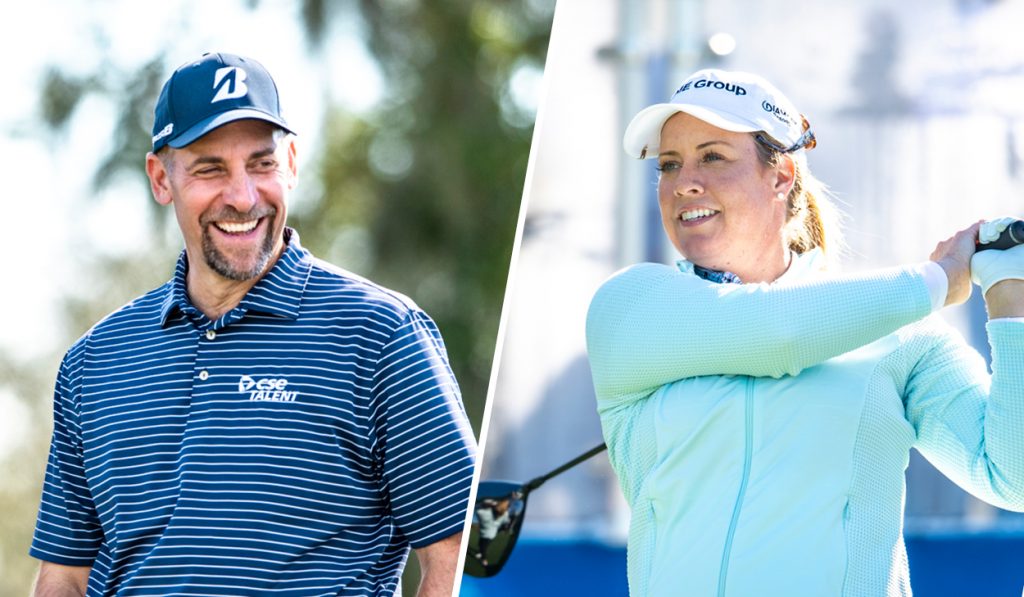 John Smoltz is an American baseball legend. He spent 22 seasons in Major League Baseball, winning the World Series with the Atlanta Braves in 1995, and was inducted into the Hall of Fame in 2015.

Now, he has a new challenge: golf. And he isn’t laying down his clubs anytime soon.

Smoltz plans to return to the game in January 2020 to defend his title at the Diamond Resorts Tournament of Champions Presented by Insurance Office of America. Smoltz will, without a doubt, bring his A-game to the tournament as he aims for his second win.

He’ll have some stiff competition, too.

LPGA professional Brittany Lincicome will also be vying for a win.

Lincicome missed most of the 2019 LPGA tour season on maternity leave, but her competitive spirit hasn’t dwindled.

She has said the Tournament of Champions will be her official return to the LPGA. Lincicome has eight LPGA career wins, including two back-to-back victories at the Pure Silk Bahamas LPGA Classic in 2017 and 2018. She is also currently a Diamond Resorts Celebrity ambassador and meets Diamond members throughout the year as part of the Events of a Lifetime series.

New for 2020, fans purchasing a single day or 4-day grounds pass, will be able to add a Taste & Travel Pass to their ticket. The pass is available in five or 10-tab options, priced $40 and $80 respectively. Fans can exchange the tabs for specialty food and drink items at destination-themed stations located around the golf course.

The Korn Ferry Tour will visit Lakewood National Golf Club February 13-16 for four full days of professional golf competition at the LECOM Suncoast Classic. The public is welcome and