Looking Out for The Ladies 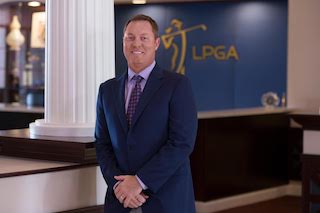 The annual PGA Merchandise Show will be in Orlando at the end of January. Eleven years ago, I was invited to cover the Executive Women’s Golf Association breakfast on the opening day of the show. The new Commissioner of the Ladies Professional Golf Association, Michael Whan, a fellow former Procter & Gamble Company Manager, was the speaker and I wasn’t sure if it was nervous energy or the fact that it was one of his first speaking engagements as the new Comish–he was so enthusiastic and just talking so quickly, my thought that morning is Mike is going to have a heart attack. Well, the energy level never slowed and he took what was a messed up LPGA to heights it had never seen or anticipated.

After ten years at the helm of the LPGA, Whan resigned to become the new CEO of the United States Golf Association, and in less than 6 months on the job, has nearly doubled the purse of this year’s United States Women’s Open which will be contested at Pine Needles Lodge and Golf Club in Southern Pines, North Carolina from June 2-5, 2022. He did so by adding a presenting sponsor ProMedica, an Ohio-based not-for-profit integrated health organization serving 28 states. In the next five years, the Open purse will increase to $11 million then 12 with ProMedica’s help. Mike is still looking out for Ladies!

Coupled with the increase in money, the ladies will be playing their annual Open at some of the greatest golf venues the nation has to offer, which includes a return to Oakmont and Pinehurst No.2, along with Riviera, Oakland Hills, Inverness and Interlachen.

Golf has had a few good years despite the COVID-19 pandemic, and the largest increase in play and students are from the ladies, both young and old. You Go Girls.