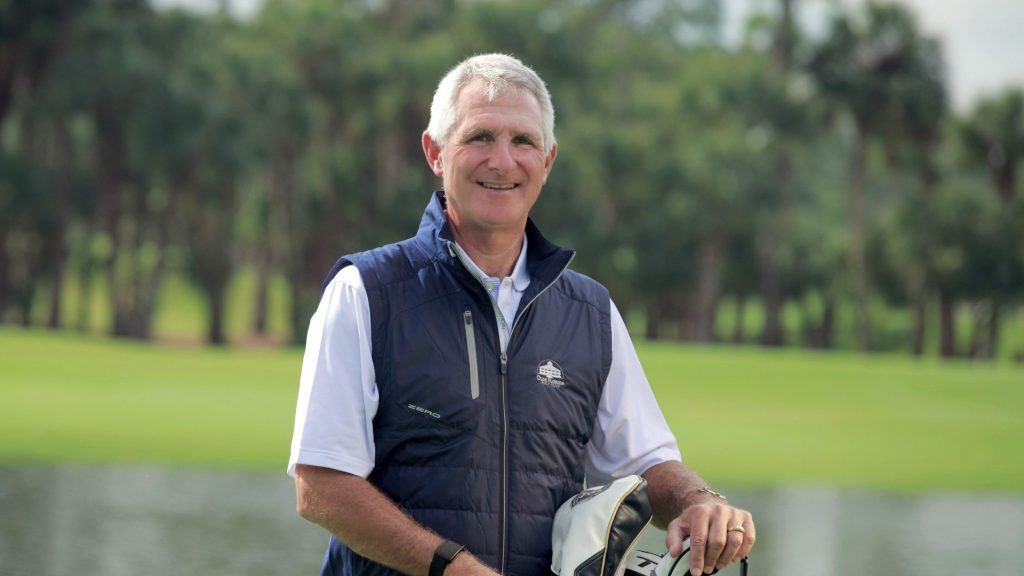 In a highly inspirational celebration, PGA Golf Professional of the Year headlined the PGA National Awards Ceremony at the JW Marriott Desert Ridge Resort in Phoenix, Arizona. A distinguished class of PGA Members from across the country was celebrated for their contributions to the game and industry. They were honored for their commitment to represent the nearly 28,000 PGA Professionals across the world and the game of golf at the highest level.

Hosted by Sirius XM’s “PGA of America Radio” host Dave Marr III, the PGA of America National Awards program annually acknowledges members for their outstanding performances both on and off the course.

The PGA Golf Professional of the Year is the highest annual honor given out, awarded for leadership, strong moral character and a substantial record of service to the Association and the game of golf.

“You know, I think anything worthwhile is uphill…You really have to focus on the journey,” said Wildenhaus, the PGA Director of Golf at Olde Florida Golf Club in Naples, Florida, and a South Florida PGA Section Member. “The journey is what makes us who we are. It’s not the destination,

it’s all the things that happen in the middle. If you’re paying attention, you’re going to learn a lot and be really successful.”

Joe Assell, the President & CEO of GOLFTEC, was honored for his innovative advances that meshed the game with technology in becoming the company’s first-ever employee and then building it to become one of the largest employers of PGA Members in the world.

The PGA Golf Executive of the Year Award recognizes outstanding services in an executive management position, as well as leadership, vision, courage, moral character and a substantial record of service to the Association and the game.

Tears were evident as North Florida PGA Member Tim Beckwith, who served Sarasota National Golf Club in Venice, Florida, was honored posthumously with the Bill Strausbaugh Award, after passing away last year following a courageous battle with cancer. His wife Jill and 14-year-old son Jackson accepted the award in his memory.

Tim authored “The Back Nine” as a life guide for Jackson when he was only two years old. The lessons from the book became a centerpiece of the tribute. “The biggest philosophy of his was definitely to make your own luck, said Jackson. “What that means is you put in the effort; nobody can tell you can’t do something. You already know that you can do it.”

The Bill Strausbaugh Award recognizes a PGA Professional who demonstrates exceptional character, integrity and leadership through teaching and mentoring other PGA Professionals.

The Patriot Award was presented to PGA Member Joe Grohman, Owner and Operator of the Joe Grohman Golf Foundation in Hobe Sound, Florida. Grohman has served as a National Trainer for PGA Hope (Helping Our Patriots Everywhere), the military pillar of PGA REACH.

“My dad was a pilot. I was a military brat until I was 17 years old,” said Grohman. “It didn’t hurt that I spent 22 of 29 years at a military golf course…Veterans need love and therapy that we are able to provide through this great game of golf.”

PGA Merchandiser of the Year (Resort) Award was bestowed on Caroline Basarab PGA, Director of Retail at Reynolds Lake Oconee in Greensboro, Georgia. This marks the second win in this category for Basarab, who also earned the award in 2009. The PGA Merchandiser of the Year Award recognizes PGA Professionals who have excelled in business and merchandising in the promotion of golf.