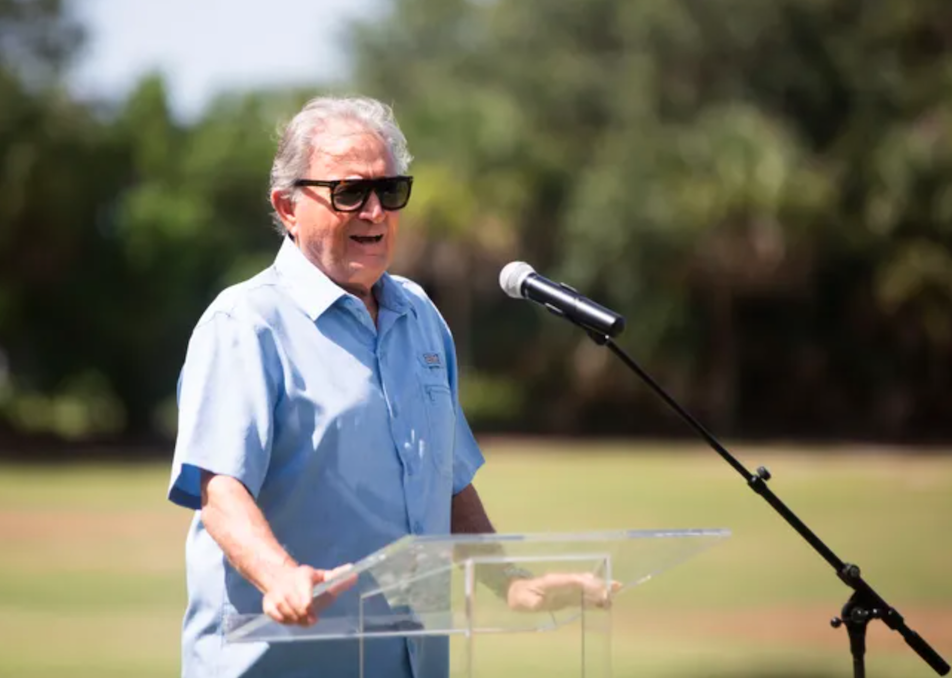 The retired four-time major champion wanted to embrace the Florida habitat and keep the course as traditional as possible.

“I’ve always been fond of trying to lay a golf course out as a part of the natural environment and let nature be its beautiful thing that it is,” Floyd said.

Now, 22 years later, the course will be reborn as Saltleaf Golf Preserve after London Bay’s purchase of the golf club in 2020.

London Bay held a groundbreaking for the course on Tuesday with plans to open for play in 2023.

The course will be the first major construction project of London Bay’s Saltleaf village, a 500-acre coastal community on Estero Bay with plans for more than 800 residencies.

Bringing Floyd and golf course architect Harry Bowers back to reimagine their original course was a no-brainer, according to Mark Wilson, the founder of London Bay and developer for the project.

“This course was loved by so many people and gets an awful lot of use,” he said.

“This is the very first step of the development of Saltleaf,” Wilson said.

Floyd explained that he got his start designing golf courses as a teenager with his father.

“My philosophy has always been traditional,” he said. “I like to not change the land where it doesn’t look like it belongs, and so many golf courses, through the years, there’s so much earth moved, when you go to play it, it just doesn’t belong in the environment.”

That’s why Raptor Bay doesn’t have any formal bunkers, an element that will remain in the new project.

“(Raptor Bay) has been really, really well received and your resort play loves it, it speeds up play, it’s great for your maintenance, so that was so successful,” Floyd said. “Now that we’re redoing and building another 18 holes, we’re going to take that same theme and carry it through.”

Floyd’s design philosophy had appeal for the developers.

“The way that he used all the natural beauty and so on was really important,” Wilson said.

Wilson, Floyd, Raptor Bay golf director Mark Wilhelmi and others spoke at the groundbreaking before taking the ceremonial photo, complete with shovels and hard hats.

“We’re all familiar with a kid on Christmas Eve who can’t wait for the next morning,” Wilhelmi said. “Well, I’m a balding, 52-year-old kid that is six-and-a-half months away from opening the coolest thing on Earth, and I can’t wait.”

PALM BEACH GARDENS, Fla.– Bloodline Golf is pleased to announce the introduction of its new T8 Milled mallet putter, the next model in the line of revolutionary stand-up putters. The