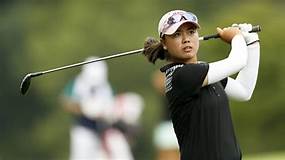 Seven of the Top-10 in the World Entered into the Championship, Including World No. 1 Nelly Korda and 2020 Champion Sei Young Kim

Saso, a 20-year-old rookie on the LPGA Tour, has six top-6 finishes during the 2021 season, including a playoff victory over Nasa Hataoka at the U.S. Women’s Open at The Olympic Club in June. She also represented the Philippines at the 2021 Summer Olympic Games, finishing 9th in the women’s individual competition.

The 2021 Pelican Women’s Championship made its debut in 2020 without spectators and will welcome fans to Pelican Golf Club for the first time, featuring a field of 108 players competing over 72 holes for a share of the $1.75 million purse. Sei Young Kim captured the inaugural Pelican Women’s Championship in 2020 by three strokes at 14-under par, her 12th victory on the LPGA Tour.

Tickets are on sale for the 2021 Pelican Women’s Championship exclusively online at www.PelicanLPGA.com. A variety of ticket packages are available, including exclusive hospitality and general admissions tickets offering a wide degree of entertainment and access. In honor of Veterans Day on Nov. 11, military members (active, reserve, retired and veterans) will gain free access to the tournament grounds all week. Children under the age of 18 gain free admittance with a paid adult.

GOLF NEWS
Extension is the Key to Predictable Shots

If the hands independently go up without the body turning, you’re going to have something that you do not want. The arms must stay straight and as the body turns,