‘THE ANNIKA driven by Gainbridge at Pelican’ to Feature $3.25 Million Purse in 2023, Largest on the LPGA Tour Outside of Majors and CME 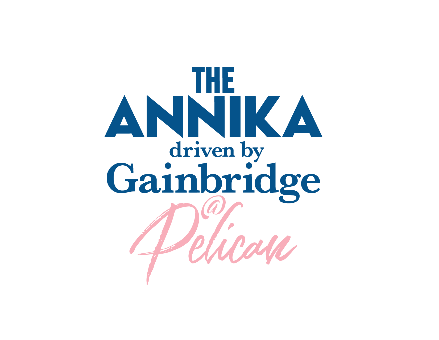 BELLEAIR, Fla., Nov. 8, 2022 –The Pelican Women’s Championship and the LPGA Tour announced today that starting in 2023, THE ANNIKA driven by Gainbridge at Pelican will feature a tournament purse of $3.25 million – the largest on the LPGA Tour outside of the major championships and the CME Group Tour Championship – with proceeds benefiting the ANNIKA Foundation.

A new multi-year partnership with World Golf and LPGA Hall-of-Fame member Annika Sorenstam and LPGA Tour partners Gainbridge and Pelican Golf Club, THE ANNIKA driven by Gainbridge at Pelican will take place Nov. 6-12, 2023. The championship will feature a 120-player field competing at Pelican Golf Club in Belleair, Fla., for a share of the elevated $3.25 million purse and continuing to serve as the penultimate event on the LPGA Tour schedule. As the sole namesake event on the LPGA Tour, Sorenstam will serve as tournament host, which will allow her to further integrate the ANNIKA Foundation’s initiatives and programs into Tampa Bay’s signature LPGA Tour event.

“Today’s purse increase announcement at The ANNIKA driven by Gainbridge at Pelican is a gigantic step forward for the LPGA and a fitting tribute to Annika’s enormous impact on women’s golf and on women’s sports more broadly. It is also a significant nod to the world-class talent of the current LPGA players,” said Mollie Marcoux Samaan, LPGA Commissioner. “We are grateful to Dan Towriss, Dan Doyle Jr., and our friends at Gainbridge and Pelican for honoring and supporting Annika, her foundation and all our amazing LPGA Tour athletes. We look forward to this unique championship continuing to elevate the LPGA and the women’s game for many years to come.”

“Having a global icon in Annika teaming up with Gainbridge and us at Pelican Golf Club to elevate the tournament purse to $3.25 million as we head into 2023 is an amazing start to our long-term partnership,” said Dan Doyle Jr., Pelican Golf Club. “You want to make this the best championship it can be? You bring in one of the biggest names in golf. We look forward to the continued teamwork and collaboration in celebrating these world-class players both on and off the golf course.”

During her 15-year Hall-of-Fame career, Annika rewrote the LPGA and Ladies European Tour record books, and amassed over 90 worldwide wins, including 72 on the LPGA Tour and 10 major championships. She won a record eight Rolex Player of the Year awards, was the first woman in 58 years to play on the PGA TOUR, the only LPGA player to shoot 59, and is still the LPGA’s all-time money leader with over $22 million in earnings. Following her Hall of Fame career, Sorenstam started the ANNIKA Foundation in 2007 with the goal of developing women’s golf around the world and encouraging children to lead healthy, active lifestyles. The ANNIKA Foundation hosts seven global events for girls, with more than 600 juniors from 60 countries competing annually. Nearly 90 ANNIKA Foundation alumni are competing on the LPGA Tour.

The 2022 Pelican Women’s Championship, taking place Nov. 10-13, will feature a 120-player field competing for a share of a $2 million purse. The event will be the penultimate event on the 2022 LPGA Tour schedule and the final opportunity for players to qualify for the CME Group Tour Championship.