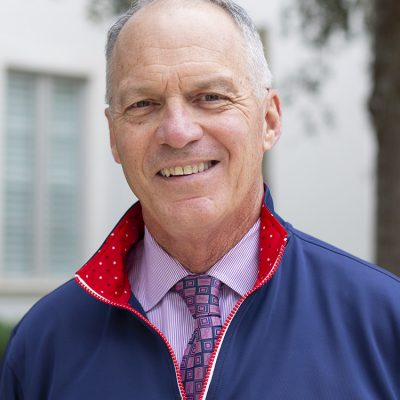 Jeff Parsons has worked with world-class athletes and celebrities at IMG Academy Golf Club for over 10 years so he should be a perfect fit for The Concession Golf Club in Bradenton where two-time Heisman Trophy winner Archie Griffin is a member.
Just recently, Parsons was named the general manager for the upscale club that boasts the only Jack Nicklaus Signature Course in the Sarasota area

Bruce Cassidy, Sr., president of The Concession, shared his thoughts on Parsons’ selection. “Jeff has a long history in the Sarasota/Manatee area of bringing excellence to world-class operations. We’re excited to bring his vision and energy to The Concession as we begin our new golf season.”

A graduate of Bowling Green State University and holding a Master’s in Sports Administration from Ohio University, Parsons led his own professional sports marketing and event management company for more than 15 years. Jeff got his start as an Assistant Manager at Muirfield Village Golf Club, where his team hosted The Memorial Tournament, as well as the 1987 Ryder Cup. During his tenure as Tournament Director with PGA National, Jeff ran multiple major golf championships for the PGA and PGA Seniors. Over the last 10 years, he has served as General Manager for IMG Academy Golf Club, guiding the elite facility through a comprehensive cultural and financial turnaround.

“The Concession is a rare treasure in the golf world, and we’re fortunate to have a facility like this right here in the Bradenton/Lakewood Ranch community,” Parsons said. “This is a great opportunity for me to jump in and work with an already strong team to increase the club’s presence and relationships with its members, and I look forward to what we’ll accomplish this season.”

Jeffrey Parsons can be reached at 941-322-1922 x 101 or by email at [email protected]
About The Concession Golf Club
The Concession Golf Club, located at 7700 Lindrick Lane on the border of Sarasota and Manatee counties, is just six miles east of Interstate 75 on University Parkway. This Jack Nicklaus Signature course was designed in conjunction with English golfer and area resident Tony Jacklin in commemoration of their renowned act of sportsmanship during the 1969 Ryder Cup Tournament at Birkdale.

The Concession Golf Club was voted Golf Digest’s #1 Best Private Golf Course upon opening in 2006. In 2009, Golfweek named it the ninth Best Residential Course in the U.S., and Concession was selected in 2017 as the Golf Digest #7 Course in Florida.