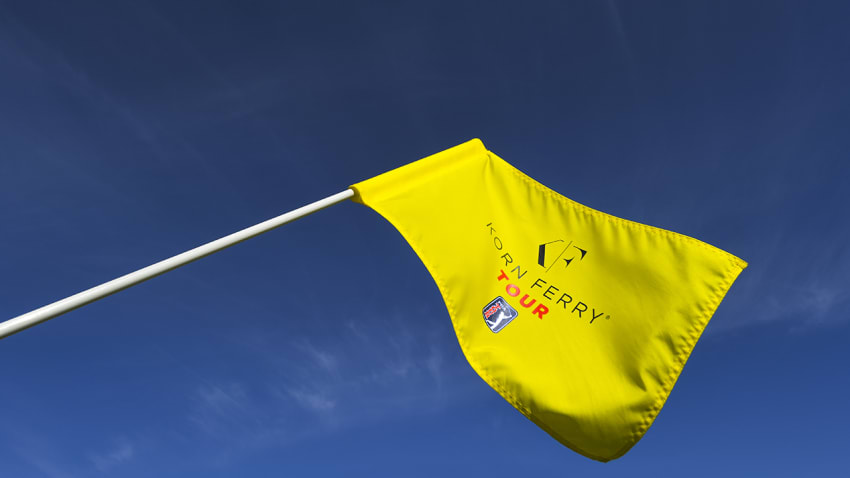 LAKEWOOD RANCH. – Hayden Buckley and Billy Kennerly carded matching 3-under 68s on moving day to share the third-round lead at 12-under 201 at the LECOM Suncoast Classic. Each player will be seeking their first win on Sunday at Lakewood National Golf Club.

After starting the week on the alternate list, Buckley attempted to gain entry through the Monday qualifier but was unsuccessful. He rose to first on the alternate list by Thursday morning and got the call minutes before his tee time, becoming the last player to earn entry into the field.

“I warmed up and then sat around and to be honest I had no hope,” laughed Buckley. “I think I was sitting there about 7 a.m. on the putting green not sure what to do…Sure enough I think when I found out around 7 a.m. the tee time was for 7:17 a.m. I ran to the range and then ran back and was almost late.”

After the last-minute call, Buckley took advantage with rounds of 68-65-68 over the first three days to earn the first co-lead after a round on Tour of his young career. Buckley went his first 51 holes without a bogey before faltering at the par-3 16th on Saturday. No other player in the field lasted more than 28 holes without a blemish.

“I just kept it simple; I think I’ve had that mindset the whole week,” said Buckley, who has hit 46 of 54 greens this week. “I’ve hit a lot of greens, I missed maybe one or two today, and I really hit the driver well and have been just waiting for the putter to get hot.”

Buckley, a former star at the University of Missouri, has made eight of 13 cuts in his rookie season on Tour after getting his first start of the season at the Utah Championship presented by Zions Bank. The 24-year-old has already experienced a winding golf career. He began his career at Missouri as a walk-on and left with the lowest scoring average in school history. He continued his career on the Mackenzie Tour – PGA TOUR Canada in 2019 before reaching the Korn Ferry Tour. With a win, Buckley projects to leap inside the top-30 in the Korn Ferry Tour standings.
Kennerly enjoyed a steady day after some fireworks over the first few holes. He chipped in for birdie at the par-4 second hole, the toughest hole on the course by scoring average, the bogeyed the third and eagled the drivable par-4 fourth hole. He added a lone birdie at the eighth hole before parring his final 10 holes.
“With the eagle on No. 4, it was a great start; I hit driver to about three feet, so that made it pretty easy,” said Kennerly, who had 288 yards in.

Kennerly has competed full-time on the Korn Ferry Tour since 2017 and is making his 83rd start this week. The Clemson University has a top finish career finish of T2 at the 2017 AdventHealth Championship and this season has earned three top-25s in 19 starts.

“I didn’t drive it as well or as straight as I normally do,” said Kennerly of his lackluster 2020 results. “I don’t hit it as far so I need to hit it straight and I didn’t do that as well last year. And I didn’t putt well either which makes it hard to score…[Tomorrow] I’m just looking forward to seeing where my game’s at. I’ve been playing well and am excited for tomorrow.”

Buckley and Kennerly lead Ollie Schniederjans by one stroke and two other players by two. Final-round tee times will run in twosomes from 7:20 a.m. to 12:50 p.m. off of the first tee on Sunday.

Saturday’s weather: Mostly sunny with a high of 69 degrees and wind NE at 10-15 mph
The LECOM Suncoast Classic is the first event of 2021 and the 24th event of the 2020-21 combined season; Wake Forest University alum Will Zalatoris leads the points standings entering the week and has led for the past nine weeks; Buckley currently projects to move to 29th in the points standings with a victory while Kennerly would move to 24th; If either wins, they would become the 13th 54-hole leader/co-leader to go on to win this season
36-hole leader Brent Grant carded a 1-over 72 on Saturday to slip to T4 (two shots back)
There were only three bogey-free rounds on Saturday: Lee Hodges (66), Davis Riley (66) and David Lipsky (68); Each of the three are currently inside the top-11 in the Korn Ferry Tour standings
Davis Riley (T6) is looking to earn immediate promotion to the PGA TOUR through the three-win promotion with a victory on Sunday; the last player to earn the three-win promotion was Wesley Bryan in 2016
Ollie Schniederjans (3rd) is looking to earn his way back to the PGA TOUR after competing full-time there from 2017-19; Schniederjans finished third at the Bermuda Championship last fall on a sponsor exemption
This week’s purse is $600,000 with $108,000 going to the champion; the champion will also receive 500 Korn Ferry Tour points
The combined 2020-21 Korn Ferry Tour schedule will conclude with 25 PGA TOUR cards awarded in August at the 2021 Pinnacle Bank Championship presented by Aetna, with an additional 25 cards awarded at the conclusion of the 2021 Korn Ferry Tour Finals