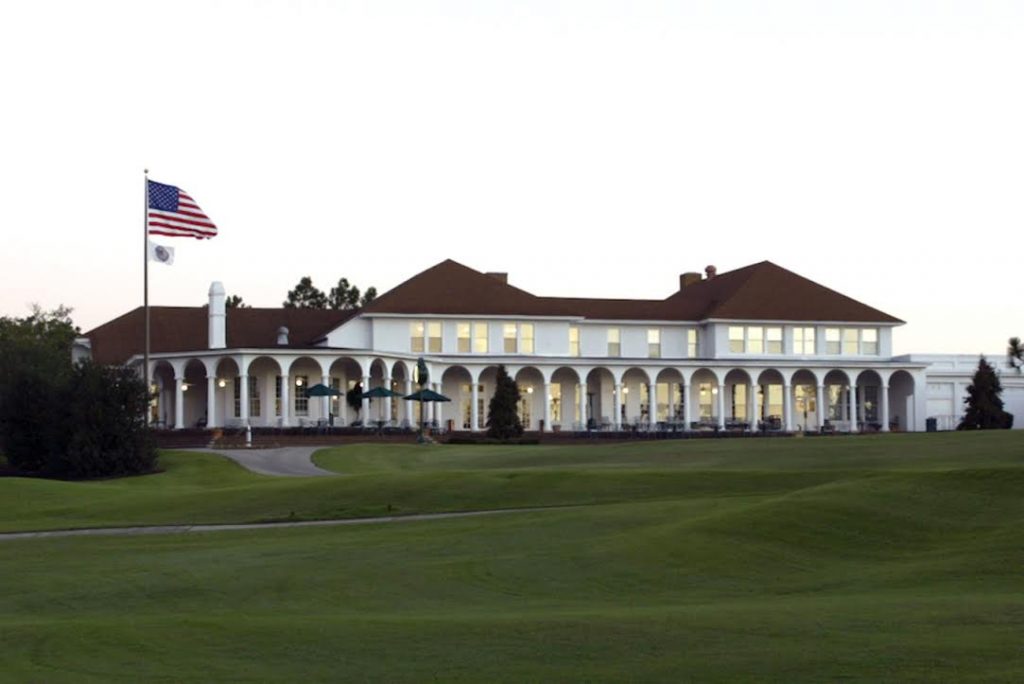 Twenty-one years after Pinehurst Resort hosted its first U.S. Open, shadowed by questions about whether the quaint village in the North Carolina sandhills could handle hosting tens of thousands of visitors, the USGA has found its second home.

Pinehurst and the USGA made it official Wednesday morning, cementing their relationship with an announcement made near the 18th green on Course No. 2 where Payne Stewart holed his U.S. Open-winning putt in 1999 and is remembered nearby with a bronze statue of the moment.

“This is one of the great days in the 125-year history of the USGA,” chief executive officer Mike Davis said Wednesday morning. “It’s just the start of something wonderful.

“How appropriate for the United States Golf Association to be at the home of American golf.”

While the new arrangement will keep the main USGA office anchored in Liberty Corner, New Jersey, it will create a second base in Pinehurst, unofficially called Golf House Pinehurst.

The agreement includes a bag full of goodies:

“More than a million people a year come to the Pinehurst area. It’s on everyone’s bucket list,” said Craig Annis, chief brand officer for the USGA.

“To get closer to those people, to put a stake in the ground here and to be able to share our products and services is a tremendous opportunity.”

Called “Project Woodpecker,” the initiative took months to bring together and required the support and approval of both local and state officials. A bill that passed recently in the North Carolina legislature approved up to $18 million in incentives to secure the agreement. It developed, at least in part, from the USGA’s decision to commit to its “anchor site concept” for the U.S. Open, effectively reducing the number of host courses for the event that accounts for approximately 75 percent of the organization’s annual operating budget. The decision to build the rota around a small core of courses resulted from interviews with players, fans and other groups.

“We are humbled the USGA has named Pinehurst No. 2 as the first U.S. Open anchor site,” Pinehurst owner Bob Dedman said. “Eight U.S. Opens in less than 50 years is a real testament to our partnership.”

Additionally, the U.S Senior Open, the men’s and women’s U.S. Amateur championships as well as the U.S. Junior and U.S. Girls’ Junior championships will be played in the Pinehurst area.

The other element in the decision to create what will be a small Pinehurst campus centered about the USGA’s testing facility. After renovating the headquarters in New Jersey, there were plans to update the existing facility.

In talking with Pinehurst and area government officials interested in enhancing research and development in the area, the decision was made to build a new testing facility in Pinehurst. The overall USGA investment is approximately $25 million.

The two USGA buildings will be located between the resort clubhouse and the Carolina Hotel on the site of existing tennis courts. Construction is expected to begin in 2022. The overall economic impact is estimated at more than $2 billion over time.

GOLF NEWS
TENNIS ANYONE? MISSION VALLEY HAS A SPECIAL DEAL

Dear Tennis Players, We are excited to announce that Tennis Hall of Famer and 17-Time Grand Slam Champion Gigi Fernandez will be at Mission Valley Golf & Country Club in

While driving past golf coures in the Sarasota-Bradenton I see more people playing golf. According to the National Golf Foundation, my eyes are not deceiving me. Its August rounds played