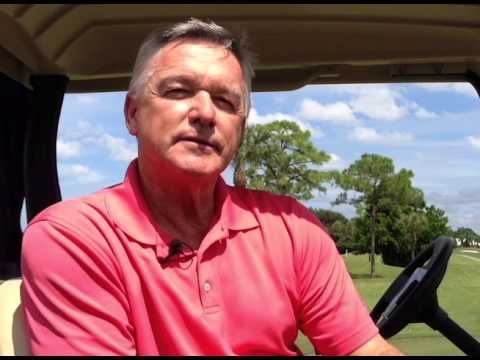 Jack McFaul started playing golf at age 19 in Malone, N.Y., and has had an outstanding career as a playing club pro and teaching pro in Florida.

“I loved playing, practicing, teaching,” he said while watching the AT&T Byron Nelson on the Golf Channel. “Everything about the game.”

But he stepped away from the daily grind as the head golf pro at Waterford Golf Club in Venice, retiring at the end of May.

Jack is one of those fortunate seniors who doesn’t look his age (67) but can still play to it, recently posting rounds of 66 and 67.

And you would think that would be near the top of his highlights of his playing days, along with winning three Senior-Junior Section Events in a row and four out of five years with Dave Hronek.

They are very close.

But his favorite golf story/memory has nothing to do about winning or going low.

“Having my oldest son Jason carry my bag in the National Club Pro Championship was the best,” he said. “It was great family bonding.”

For the record, he missed the cut by one shot.

Bingo! Now we know why Jack retired while he can still play and teach with the best of them.

“My wife (Surry, a retired engineer) and I want to travel and visit our grandchildren (Tanner, Alex and Levi). They are all good athletes.”

And they probably know of their grandfather’s well-documented achievements:

Those are just a few. There are many more.

Along the way he tutored two juniors (Sarah Jones and Lexie Flerlage) well enough to play for the University of Florida and Florida State University.

“Teaching is my passion,” he said. “I plan to return to Waterford in the fall just to teach. Waterford has been part of my family for 26 years.”