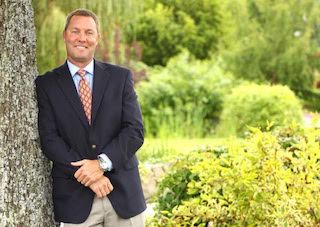 After months of rumors and speculation, all interested parties confirmed the news on Wednesday. Outgoing LPGA commissioner Mike Whan will take over this summer as the new chief executive officer of the USGA, replacing the retiring Mike Davis.
As tempting as it might be to yawn at a story about one golf administrator replacing another, this is not a different paint scheme on the same puzzle piece. This is big. Whan to the USGA has the potential to alter the game as well as change the way the outside world views golf.

“I know there is so much about this (move) that doesn’t fit,” Whan said. “And that has me more excited than the parts that do fit. And I do believe that, along with the executive team that’s already there (at the USGA), we’re going to not only preserve the game but promote the game.”

Whan became a superstar in his 11 years at the LPGA, taking a league on the brink of disaster and transforming it into one of the most dynamic sports properties in the world. He did it not by having all the best ideas, but by creating a culture that promoted the ideas of others.

His first act on his first day at the LPGA was to wrench a sign out of the ground near a parking spot that read “Reserved for LPGA Commissioner.” It was a value statement, one he would reiterate for more than a decade.

“There’s been a healthy and aggressive discussion on whether or not we needed to get an outsider’s perspective,” said USGA president Stu Francis. “We’ve never gotten an outsider to come in and lead the USGA in a hundred-plus years. But now, everybody is comfortable with that. The skill set and strategic view Mike brings to the table is hugely additive to what we have in the senior team.

“People want change. They’re excited about it. But they also want change that retains the core of the USGA. And I think we get that with Mike.”

Francis first thought about Whan for this role four years ago when the LPGA commissioner made a presentation to the USGA executive committee. “I remember thinking at the time, ‘That would be the perfect person to eventually replace Mike Davis,’” Francis said.

Whan didn’t think about the job until Thanksgiving. He reached out to Global Golf Post publisher Jim Nugent and asked for advice about the cultural fit. Nugent facilitated a conversation with Francis, which led to a meeting during the U.S. Women’s Open in December at Houston’s Champions Club.

“(The meeting) was informal,” Whan said. “I thought the question-and-answer session was aggressive and I threw some stuff at them that was sort of ‘shock and awe.’ I knew that they would likely say, ‘Oh my gosh, he’s really out there.’ But we pushed each other.
“Sometimes you have to have a chemistry test and see if this really is going to be a good fit. My test at the end was, did we enjoy the push or hate the push? My answer was, I haven’t stopped thinking about it since.”

There was no offer on the table when Whan informed the LPGA Board of Directors of his decision to leave after 11 years. In fact, the process with the USGA’s search firm was still robust. Whan also was approached by a number of other organizations and leagues, which might have accelerated the USGA’s decision to lock him up.

“He’s got the right combination, in our view, of being able to view, strategically, how the world is changing but also have the traditions and the perspective of the USGA. We want that.”

They will get that and a lot more in Whan. One of the new CEO’s first challenges will be navigating the distance issue, a controversial topic that has opposing sides hardening in their respective corners. Whan’s job will require bringing the temperature down a few degrees.

“The best part of the whole distance thing is, I’m really not that great at very many things. But I’m pretty good at forming strategic alliances with whoever it takes for us to move further and faster. When I look at the distance thing, I say, ‘OK, you’re going to have to work with John Solheim and Bob Parsons and you list all the people in the equipment side that you need to work with, I know them, I like them, and I understand that world.’ I know what it means to invest $100 million in (research and development).  The last thing we want to do at the USGA is stick R&D in some box and never let it out.

“What I know for a fact is that as soon as we create a revised standard, thousands of R&D experts are going to start working on how to maximize (distance) within those standards. And quite frankly, golf needs that. We want people to keep pushing the envelope. We want people to keep getting better. Obviously, we’ve got to find the right standards to protect the venues that are in place. But then you talk about Keith (Pelley) and Jay (Monahan) and Fred Ridley, those are guys that I enjoy. So, when it comes to distance insight, I’m going to look around in that huddle and make sure that everybody in that huddle wants what’s in the best interest of the game, even if it’s not in the best interest of this quarter. Quite frankly, that’s all I’m good at. I’m really good at bringing people together for a common purpose. And I can think of no better common purpose.”

If that doesn’t sound like any USGA executive you’ve ever heard, buckle up.

“I feel like everything has led to this,” Whan said. “I know I’m going to be a misfit at times. But sometimes being that misfit is what’s going to make us great.”

“We have some great fundamentals,” Francis said. “But it’s time to make some bold moves, some bold changes and really have someone leading the way who brings a fresh look but still has a long exposure to golf. We think both aspects are important. We as an organization have the self confidence that says, we know what Mike can do and we want to be led by him in a way that’s good for golf. It’s going to be a new USGA. And we’re good with that.”