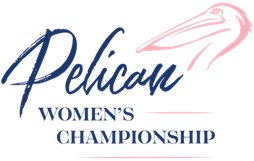 Tickets on Sale at www.PelicanLPGA.com

Seven of the top-10 players in the world are early entries into The Pelican Women’s Championship, including Ko (1), defending champion and World No. 4 Nelly Korda, Lydia Ko (5), Brooke Henderson (6), In Gee Chun (7), Thompson (8) and Hyo Joo Kim (10). Major Champion and Tampa-area resident Brittany Lincicome, who stepped away from the LPGA Tour this fall with the birth of her daughter, also will make her competitive return at the Pelican Women’s Championship.

“We are honored to attract the best players in the game to Tampa Bay region for the 2022 Pelican Women’s Championship,” said Marci Doyle, Pelican Women’s Championship Executive Director. “The field is shaping up to be the strongest to-date in our three-year history. We look forward to welcoming our passionate sports fanbase in the Tampa Bay area and showcasing Pelican Golf Club to a global audience.”

“We look forward to hosting the greatest professional golfers in the world at Pelican Golf Club and providing a best-in-class experience for players and fans alike,” said Dan Doyle Jr., Pelican Golf Club. “It is an honor for us to host this great championship and provide a platform for the LPGA Tour to showcase their talents on the golf course to fans all over the world.”

Tournament officials will be announcing in the coming weeks special ancillary events taking place throughout the week at The Pelican Women’s Championship, sponsor exemptions and additional field commitments. For a complete list of tournament entries, click HERE.

Tickets are on sale for the 2022 Pelican Women’s Championship exclusively online at www.PelicanLPGA.com. Ticket packages include exclusive hospitality and general admission tickets offering a wide degree of entertainment and access. All 2022 tickets will be digital and will be emailed after purchase. Tickets can be viewed on either a mobile device or printed out where they will be scanned at the main gate.

All military (active, reserve, retired and veterans) plus one will receive complimentary admission to the 2022 Pelican Women’s Championship by showing proper identification at Admissions in exchange for a daily grounds pass. Military and their plus one also will have access to the Hero Outpost presented by FedData, an exclusive covered viewing deck on the par-3 12th hole with complimentary snacks and beverages. Children 17-and-under will be admitted to the tournament free with a paid adult.

The 2021 Pelican Women’s Championship was contested in November at Pelican Golf Club with fans in attendance for the first time. Nelly Korda defeated Thompson, Lydia Ko and defending champion Sei Young Kim on the first playoff hole to capture her fourth victory in 2021 and seventh overall. The Pelican Women’s Championship made its debut in 2020, with Sei Young Kim capturing her 12th LPGA Tour victory.

The LPGA is the world’s leading professional golf organization for women, with a goal to change the face of golf by making the sport more accessible and inclusive.

Created in 1950 by 13 Founders, the Association celebrates a diverse and storied history. The LPGA Tour competes across the globe, reaching television audiences in more than 220 countries. The Epson Tour, the LPGA’s official qualifying tour, consistently produces a pipeline of talent ready for the world stage. The LPGA also holds a joint-venture collaboration with the Ladies European Tour (LET), increasing playing opportunities for female golfers in Europe.  Across the three Tours, the LPGA represents players in more than 60 countries.

Additionally, the LPGA Foundation has empowered and supported girls and women since 1991, most notably through LPGA*USGA Girls Golf, the only national program of its kind, which annually engages with nearly 100,000 girls. The LPGA Amateur Golf Association and LPGA Women’s Network provide virtual and in-person connections to female golfers around the world, while LPGA Professionals are educators, business leaders and game-changers dedicated to  growing the game of golf for everyone.